Home / Business / Virtual sports have arrived at the perfect time 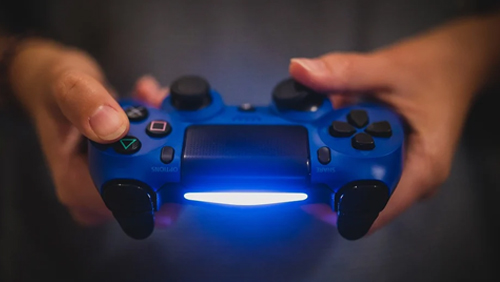 At the beginning of the COVID-19 pandemic, it felt like the whole industry was waiting and wondering if esports would finally jump into the spotlight, and become the betting product the sports betting industry always has hoped it would be. But one of the most surprising takeaways I’ve had from the SBC Digital Summit has been the sudden rise of virtual sports as a prominent betting product,

As I’ve thought about it, it makes so much sense. Virtual sports can emulate all of our favorite sports, it doesn’t necessarily have to be tied to a schedule, and it needs minimal explanation to the betting public. But as most of the industry still waits on live sports to resume, I’m wondering if there might be something to virtual sports that operations should seek to expand, and make a much bigger betting product out of it long term.

The origins of virtual sports

To better understand virtuals, I googled up the origins of sportsbetting, which took me to virtualsportsbetting.com. These games have been around since atleast the early 1970s with Derby Day, the Sega developed arcade machine that would reward players for betting on one of three horses.

This idea was too good to keep in just arcades though, and by the 1980s, games like Sigma Derby had arrived in Las Vegas.

I first encountered a machine like Sigma Derby at the Casino de Montreal in my early 20s, and instantly fell in love. It had horse racing, which I already enjoyed betting on, and allowed me to do so over and over again for hours. As my friends and I played, we developed our own backstories for each of the nameless horses, falling in love with a few and turning against a few others.

The first time I spotted an iGaming operator offering anything similar was in the early 2010s, as the technology to generate decent graphics finally caught up with the ability to randomize results. Now, operators could offer virtual horse racing, but also football (NFL and the soccer kind), tennis, and even esports.

But the question I had was, were people betting on this? Why would they, when they had so many live sporting options to choose from.

I got that answer from atleast one operator at the SBC Digital Summit. Fabio Schiavolin, CEO of Snaitech, noted that his operation had seen betting on virtuals go from nearly nothing to over 100,000 bets per day since the beginning of the pandemic. When given the option between betting on esports options like DOTA, or a virtual football match, Italians went for the virtual football match.

As a football fan myself, and with not much knowledge of DOTA, that made a lot of sense to me. If you put both products in front of a traditional sports fan, they’ll probably bet on the one they already enjoy, rather than taking a risk on an esports team they hardly know.

This lesson kept coming up throughout the first two days of the summit. Other panelists commented that esports betting has decline in total volume, while it’s been virtual sports that’s taken up a significant share of betting. Golden Race’s Martin Wachter noted that his firm has seen a 200%+ increase in virtual sports betting activity in recent weeks.

And the industry is quickly swinging into high gear to capitalize on this. Sportradar has put out their own virtual betting product, using 10 years of individual player data, giving educated sports bettors a chance to use their skill and knowledge a chance to bet with more confidence on virtual sports. The SBC digital Event has multiple presentations from Golden Race, showing off their product and why it can be a winner both now, and far into the future.

Is there really a future in virtual sports?

It’s hard to predict anything right now. Although some sports leagues are gearing up to play again, others are hampered by government restrictions on group gatherings. It’s entirely possible that a league like the NBA might lose its 2019-2020 season, and then lose a significant chunk of their 2020-2021 season if infections flare up again in the fall.

That makes for a great opportunity for virtuals, and the operators that chose to offer them. While some have commented that it takes added education to get customers betting on them regularly, that could pay off in the long run, as none of us truly know when we might return to a sense of normalcy worldwide.

And it’s a pretty safe bet to onboard virtual sports betting products, if your operation hasn’t already. In his first presentation at SBC, Wachter noted that even once the pandemic has run its course, “you still will remain with traffic from virtual sports, because people get used to it.”

Anyone who’s ever played a few seasons of a video game like Madden or Football Manager knows that, once you get deep into a multi-season campaign, the recreation takes on its own set of story lines.  That’s something that operators and suppliers can capitalize on, by branding their virtuals with their own story lines as some type of promotional event.

For instance, with the current popularity of ‘The Last Dance,’ maybe an operator can stage a week long event of a playoff between all the best NBA teams of all time, with MJs Bulls, Lebron’s Heat and Curry’s Warriors. All the data points are there to stage a virtual 2020 World Cup, why not do it? Sure, 24/7 betting is an obvious advantage of virtual betting, but well promoted and well timed events could do big numbers with the right crowd.

I think that if the current pandemic has taught us anything, it’s that we can’t rely on returning to the world staying the same forever. The signs have been there that some lucrative sports betting products, like the NFL, may eventually fall in popularity as injury concerns become too big to ignore. COVID-19, with a real threat to the health of all involved in an event, has only sped up the entire process.

I think if operators jump on virtual sports and do them right, this current rise in popularity could be nothing compared to what it could eventually become.