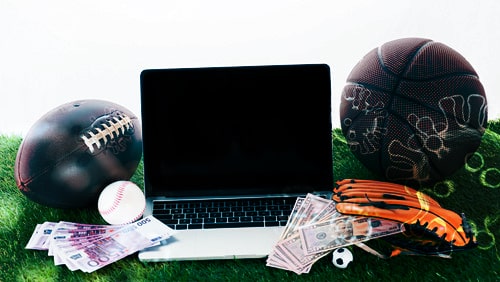 The SBC Digital Summit started off by acknowledging just how strange the times we live in are. Both the Welcome Message from SBC Managing Director Andrew McCarron, and Keynote from Sportradar’s Carsten Koerl, noted just how much the gambling industry has been turned upside down by COVID-19, but gave a message of hope that it will emerge even stronger.

McCarron began by noting that, in a different timeline, SBC would be focusing on the 2nd edition of Betting on Sports America, which was originally due to start on April 28. But the world has changed, he said, and SBC had had to adapt by launching a Digital Summit. People need to learn from each other, he said, so a virtual event “was really necessary for the industry to pull together.”

After walking the audience of over 400 early comers through a few of the features of the conference, McCarron noted that while it may not be the same as a conference hall venue, they’ve tried to make it as comfortable as possible. He encouraged everyone to give it a try, and not to forgot the virtual networking room. “If you throw yourself into it, you get something out of it,” he said.

Next up in the morning was Koerl with the keynote. He immediately noted that he doesn’t often agree to giving these kinds of speeches, but agreed due to the strange times that we’re in.

The Bwin and Sportradar founder quickly got into the massive impact COVID-19 has had on the industry. He noted that while many in the industry thought that a total shutdown of most sports never seemed imaginable, it happened and quickly. “The complete supply side is gone,” Koerl noted.

Koerl noted that it could be a while before the industry returns to any sense of normalcy. “We are all facing tough times, no question about it,” he said.

But Sportradar focused on building new Virtual sports offerings, using 10 years of data to simulate new matches based on individual players strengths and weaknesses, and emphasizing the Euro Cup, which will still allow for a marketing push in 2021 when it will likely push through.

Meanwhile, the company has also built up an eSports product quickly. While Koerl noted that a FIFA 20 match won’t get the same weight as a live event, it’s still a product to offer that will get action.

On one of his final slides, Koerl noted that despite a near total absence of live sporting events, tehre’s now an 11% overall increase in sports content on their platform when compared to April 2019. Offerings are up across the board really, and while none of them match the weight of traditional offering, they atleast match the volume, he said.

Koerl couldn’t ignore what we all feel: we miss real sports. But by relying on these alternative products, the sports betting industry can survive until live sports return, and that could be soon. He noted that Bundesliga is showing signs it may start back up in May, K-League has a May 8 start date, and North American leagues may not be that far off either. “I think we will see very slowly in the next 4-5 weeks, some of those leagues coming back,” he said.

On that positive note, Koerl ended by saying “I see very positive signals that this is beginning to stabilize…Let’s share and help each other, that’s my message for this summit.”

The SBC Digital Summit has just started, running until May 1. Check out the lineup of expert speakers the event has to offer, and head on over to their site to register so you don’t miss out.