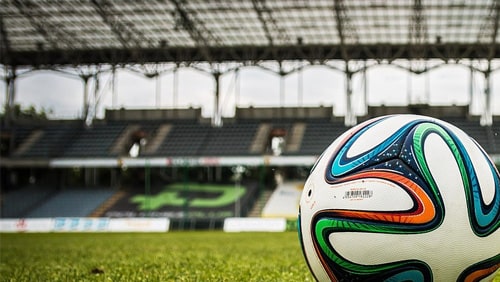 The Esports crossover with Premier League football continues this week as more superstars of the modern game go head-to-head with each at FIFA20, with the sportsbook already available in the U.K.

Just over a week ago, plenty of England’s best players went against each other on the PlayStation pitch rather than the Wembley situated in North London under the famous arches. That was a very good thing for anyone wishing to make a profit from betting on these latest Esports fixtures, as it hinted at the form of players about to do battle.

With the whole tournament taking place between April 21st – 25th inclusive, 10 Premier Leagues will be represented. Here are the full fixtures (with the only odds currently available applying to games on Day 1):

Quarter-Final 1: Winner 2B vs. Winner 2D

Quarter-Final 2: Winner 2C vs. Winner 2A

There are some interesting match-ups here, with one of the pre-tournament favourites, Todd Cantwell, kept away from Trent Alexander-Arnold until the final, for instance. The quarter-final play-offs will pitch together less-experienced players in the ePremier League Invitational line-up.

It should also be highlighted that while the intriguing clash of Manchester United vs. Liverpool should and perhaps still will be one of the first-round highlights, Tom Grennan hasn’t actually played for the Red Devils. He did, however, record this absolute banger of a football show theme tune:

The prize fund will all be donated to the NHS, as part of the #PlayersTogether initiative. All the ePremier League Invitational players will be doing their best to convince supporters to stay at home and save lives by stopping the spread of Coronavirus.

“The thoughts of everyone at the Premier League are with all those directly affected by COVID-19. In response to the pandemic, the League, our clubs and players are providing valuable support for communities and the NHS. We are also aware of the importance of finding new ways to entertain fans at this time and we are excited to bring together a strong line-up of players for the ePremier League Invitational tournament. With Sky Sports screening the competition live in the U.K. and many of our international broadcast partners also showing the matches, fans around the world can tune in and enjoy the action. We know how popular FIFA 20 is with players and I am looking forward to seeing who will be crowned the ePL Invitational champion.”

Each of the opening days of the event will take place between 12 noon and 4pm BST, with the semi-finals and final being televised live on Sky Sports Main Event and Sky Sports Premier League from 3pm on Saturday 25th April.

You can watch all the action on the official Premier League YouTube channel right here.

The England #FootballsStayingHome Cup odds are very interesting and should guide your spread on the ePL Invitational. Here’s how the final eight players are rated at the bookies: