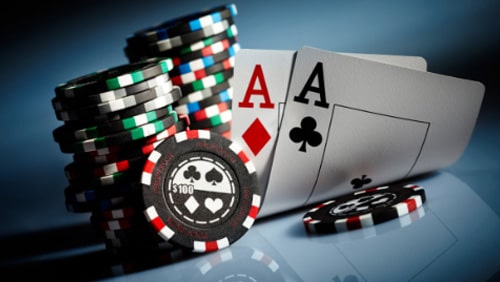 We’ve covered a lot of poker films and television shows in this series that hail from a time when poker was very different. From shows such as the superb Poker After Dark to films such as the lamentable Lock, Stock and Two Smoking Barrels, poker shows often fit into categories of looking decidedly dated or masterfully modern. We even recently brought you the news that High Stakes Poker is coming back to our screens.

Poker, however, isn’t only retrospective or modern day. A new series that has grown from the scorched Earth of the recent Coronavirus crisis isn’t a new series at all, but it’s packed with original content. What could we be talking about other than the triumphant idea from PokerStars of the ‘EPT Retro’ series that has become a staple of lockdown living.

The idea itself is pretty simple. If you’ve ever enjoyed watching the old series of the European Poker Tour but wished you could lay a brand-new commentary track by everyone’s favourite EPT commentators, Joe ‘Stapes’ Stapleton and James Hartigan, well now you can – because they’re doing it for you!

Yes, the series that saw poker explode as a television spectacle took a little while to get going, and before it did, it was hosted by a few different names who no longer have anything to do with poker. Colin Murphy commentated alongside John Duthie on those early broadcasts, before James Hartigan entered the booth halfway through Season 3, at which point he shared the mic with several players before Joe Stapleton came in and redefined how we look at co-commentators within poker.

It’s refreshing to watch the old footage with the latest thought of Stapleton and Hartigan. Of course, this is often due to the sense of humour that the two men share, and both are hilarious throughout. But the game has changed too and watching it with fresh eyes is a really good way of illustrating that fact.

Poker seems to go through major changes to gameplay every 3-5 years and the oldest EPT events are well over a decade ago, with the first winner being Alexander Stevic, the Swede who won EPT Barcelona back in September 2004.

You can follow the Twitter hashtag and jump right into the #EPTRetro banter right here, as well as catch up on the episodes that have already been recorded here.

There’s never been a better time to watch some old footage of classic poker, but with the added twist of all-new commentary and live Twitter comments to enjoy at the same time, it’s hog’s heaven for any poker fan with time on their hands during the nationwide lockdown.