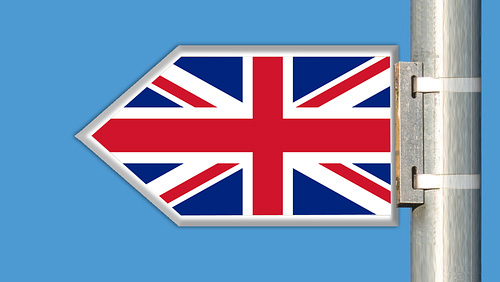 The political narrative in the United Kingdom continues to be set firmly against the gambling industry which has once more been illustrated with the imposition of a series of regulatory fines imposed by the Gambling Commission against Ladbrokes Coral (£5.9 million), Betway (£11.6 million) and most recently against Caesars Entertainment (£13 million).

The principal causes behind the proactive regulatory interventions are based in part on societal concerns relating to the perceived adverse impact of gambling on our society, in particular the impact on the more vulnerable sections as well as the potential for organised crime groups [OCGs] to launder the proceeds of criminal activity both nationally and internationally due to insufficient anti money laundering regulations being in place.

The latter concern can be demonstrated by an example from the criminal courts where one leading member of an OCG involved in the supply of £30 million pounds worth of cocaine laundered a total of £250,000 through two gambling organisations before he was banned from using their online services.

These present political concerns reflect the stated licensing objectives of the Commission which are enshrined in statute in the Gambling Act 2005 and which can be summarised as follows:

The obvious point to state is that if these were identified as the policy objectives sought by Parliament back in 2005 and they remain the primary political concerns of the regulators, government and society today, it would appear both sides of the argument have been failing in their duties to ensure those objectives are met.

It is in that context that the Gambling Commission has begun to flex its considerable powers more aggressively of late. Whilst it has the power to issue a warning, attach conditions to a pre–existing licence, amend, suspend or revoke a licence, the key focus has recently been on the imposition of financial penalties.

The principal concern for the gambling industry in the medium term is if the Commission begins to lobby for greater powers to impose penalties more commensurate with a company’s turnover (not profit). This has happened in recent years in relation to Health & Safety Law and Environmental Regulation and would lead to a considerable increase in the level of fines imposed and monies recouped for HM Treasury.

This potential development should be viewed in the context of the existing expansion of the Commission’s enforcement policy which it has used already to take on operators who have breached gambling regulations.

The key aspects of that revised policy have been as follows:

o Putting all regulatory tools, including licence review (both of the operator and personal management licences), on an equal footing

Furthermore, the increased use by the Commission of “a regulatory settlement” format as a form of resolution between itself and an operator in cases where concerns have been raised about that operator is an interesting development. This mirrors the activities in some respects of regulators in other fields, for example, the approach of the Information Commissioner in resolving substantial data breach incidents with major corporations.

As part of the “regulatory settlement”, the Commission and the operator of the licence agree a solution or course of action which addresses the regulatory and licensing objectives of the Commission without it being forced to impose a statutory sanction following a license review.

Whilst this process had undoubtedly its advantages for both sides, it does raise questions concerning on what evidential grounds a decision is based, the transparency of the disclosure process between the parties (e.g. what information is being provided by third parties to the Commission and is it factually accurate?) and it also prevents any independent oversight of the settlement process taking place.

There is therefore a risk of the Commission becoming judge, jury and executioner with operators becoming compliant for fear of something worse occurring.

The risk is dramatically increased if the fines in the future are or could be linked to the overall turnover of the corporate enterprise. The gambling industry must be alive and aware of these issues which may well have a long-term impact upon their industry and their profitability.

Following the current COVID–19 crisis, there will no doubt be an increase in licensing and regulatory activity across a number of industrial sectors with a view in substantial part to generating funds for the treasury. The gambling industry will not be immune from further regulatory activity and may be perceived as a somewhat “easy mark” in a changed political and economic landscape.

How can the industry respond to this potential eventuality?

While the industry has already made great strides but it needs to do more – a greater awareness and understanding of the harm that gambling can do in relation to vulnerable sectors of society, improved transparency and co-operation in its approach to regulatory and law enforcement and specific provisions to address the concerns that its anti-money laundering approach is non effective and less than resolute.

There is a real and substantial risk that if the gambling industry does not continue to improve its practices and its transparency the regulators in the UK and elsewhere will continue to flex their muscles and seek even greater powers.

For a populist government giving greater powers to a regulator to raise more funds for the treasury and make easy political capital seems a very low risk strategy – a win, win scenario for the government.