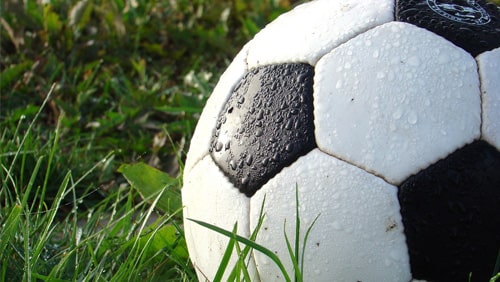 So far in our series covering the best Premier League teams seen this century, we’ve covered the Manchester United side who kicked off the Millennium in dominating fashion, visited the Arsenal teams that conquered Britain in both 2002 and 2004 and considered the might of Mourinho’s first Chelsea side who broke records.

In 2006/07, however, the re-emergence of Manchester United would once again change the way we looked at the legacy of Sir Alex Ferguson. It was one thing to turn United, perennial league underachievers, from a side hopeful of a cup victory at best in the 1980’s into a ruthless title-winning machine in the 1990’s. It was quite another to go on and win the fabled treble of the League, F.A. Cup and European Cup in 1998/99, paving the way for three titles in a row at the turn of the new century.

To overcome an Arsenal side who had their pick of some of the best French players in the country’s history as well as a Chelsea team bankrolled by the Russian billionaire Roman Abramovich was something completely different. So how did Ferguson and United achieve what they did in 2007 and beyond, putting together their second run of three titles in a row?

Looking back at the start of that season now, 14 years on, it’s hard to see how United could even rely on their two biggest stars in Cristiano Ronaldo and Wayne Rooney. The two men had clashed in what was the flashpoint of the 2006 World Cup in a game between England and Portugal that saw Rooney sent off in disgrace, a decision helped along by a winking Ronaldo.

Sir Alex Ferguson faced an enormous challenge to get the two of them on the pitch again, but just as he had coaxed Eric Cantona and David Beckham through similarly traumatic moments in their careers in 1995 and 1998 respectively, Fergie brought the two of them together. In the season-opening game at home to Fulham, the two players were in perfect harmony, both scoring in a 5-1 demolition.

United would win their opening four league games, before a defeat at home to Arsenal and dropped points away at Reading saw them drop to second. Over the next 15 games, however, Ferguson’s side were relentless, winning 13, drawing one and losing one only.

Starting the second half of the season in pole position, United maintained a slim lead over Chelsea the whole way to the line, but it was by no means easy. Mourinho’s men were almost as good, chasing United down in their efforts to win their third title in a row since the Portuguese manager had taken over.

On several occasions, United had to do it the hard way, with a vital late win at Liverpool coming courtesy of the curate’s egg defender, John O’Shea. The injury-time winner at Anfield has gone down in history.

With just a few games to go, it was, as Ferguson used to call it, “squeaky bum time”, and United went to Goodison Park knowing they needed to beat Everton. They went 2-0 down but managed an astonishing comeback in stunning fashion.

United were home and dry when Cristiano Ronaldo’s penalty at Manchester City gave the Red Devils a derby double over their neighbours and Chelsea failed to beat Arsenal the very next day. United would be applauded onto the Stamford Bridge pitch by their rivals in the penultimate game of the season, losing their final game against West Ham, giving The Hammers both an unlikely double over their more successful counterparts and salvation to stay in the Premier League courtesy of one Carlos Tevez. That the Argentinian would sign for United after keeping West Ham up would be one of the stories of the summer.

While United were imperious in the Premier League, their frailties at the back against European teams were eventually exposed in brutal fashion by A.C. Milan. A glorious run until that point had been typified by the cavalier 7-1 win over Italian side Roma at Old Trafford.