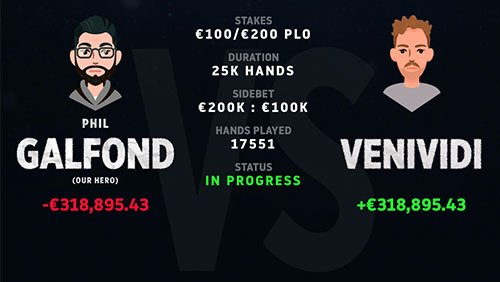 While I'm trying not to get caught up in the narrative & the dream of a massive comeback, I can still see that win or lose, a cool story is unfolding with the #GalfondChallenge: Ex top player challenges world, loses $1m promptly, clearly washed up & beaten down… etc 🙂(1/3) https://t.co/oEP80cWZaC

Lost in the midst of the worldwide panic is @PhilGalfond is attempting one of the greatest comebacks in the history of challenges – down $900k before the restart took place and after today is ONLY down $383k with 9,000 more hands left.