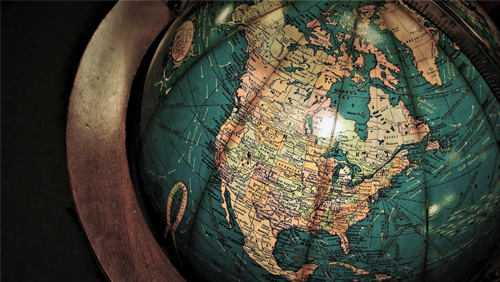 Kronoverse Inc., today announced its new membership with ESIC (Esports Integrity Commission) as part of Kronoverse’s focus on greater gaming integrity within the esports industry. Kronoverse is using Bitcoin SV to build its platform due to the benefits Bitcoin SV provides to the world of esports. Bitcoin, namely, scalability and transparency.

“We’re excited to be a part of ESIC and its mission to be the recognized guardian of the integrity of esports,” said Adam Kling, CEO and founder of Kronoverse. “We fully support ESIC’s work with esports stakeholders keep high-level gaming safe, honest, and competitive. We’re fully committed to ESIC’s fight against corruption in any form and will be integrating ESIC’s integrity program into our platform.”

The global aggregator platform BlueOcean Gaming is pleased to announce it is integrating the suite of games created by newcomer Woohoo Games.

They take away the risk, and the complexity, of finding the best new innovations in the space allowing operators to concentrate on brand building, safe in the knowledge their RNG games suite is second to none.

Recetly Skywind Group acquired a B2B license from ONJN, allowing the company to distribute its games in the Romanian market.

Reaching the impressive milestone of having integrated more than 100 game providers, leading iGaming platform provider BtoBet is offering its partners the largest offer in the market in terms of providers and games.

BtoBet’s CEO Alessandro Fried expressed his satisfaction for the achievement, stating that such a wide portfolio of game providers, amounting to over 8,000 games, gives the Neuron 3 platform a competitive edge in respect to other platforms. “We decided to undergo this path not only to give the possibility to the operators to have at their disposal a very wide selection of games, but in order also to ensure that operators can expand in the way they deem best all verticals – not only sportsbook – and meet all the requirements of their target customers.”

Leading multi-channel sports betting and casino platform provider Digitain and the online brand BetShah, the King of Kings of the gambling industry, are pleased to announce their white label exclusive agreement.

Digitain will ensure the support and development of BetShah’s strategy to a global market by providing a customer experience of the highest caliber upon launch.

Innovative sports betting supplier, Wiseodds, has launched its new skill-based peer-to-peer platform, where bettors compete against each other in poker inspired rooms to predict the outcome of sporting events.

The game-changing new concept combines the social element of online poker with sports betting, with players taking a seat at one of the various tables available to them in an online lobby by placing a bet on a sporting fixture.

Next generation platform provider Pronet Gaming has agreed a deal with specialist virtual sports provider Kiron Interactive as it continues to add a wealth of offerings to its catalogue.

The deal, which is the latest in a succession for Pronet Gaming, will see Kiron’s full portfolio of titles, including virtual football and horse racing, as well as number games, added to its operator portfolio.

Blexr has promoted Ian Hills, who is head of its finance and commercial teams, to be the company’s general manager in its Malta office.

Mr Hills, who joined Blexr in December 2018, will now be responsible for the running of its operations on the island.

Originally from South Africa, Mr Hills joined as head of finance before taking over the commercial side of the business early in 2019.

GrooveGaming scores a goal with Goalbet.

The Rapidly-growing aggregator GrooveGaming has scored a hattrick by signing a comprehensive content supply deal with Goalbet that involves all of Groovegaming’s portfolio. The deal sees GrooveGaming’s diverse portfolio being added to Goalbet’s stable of brands.

Pragmatic Play, a leading content provider to the gaming industry, has signed an agreement with platform provider BOSS. Gaming Solutions.

Pragmatic Play’s award-winning catalogue of slot games, including its latest releases Mysterious and Master Joker, as well as top-performing Mustang Gold and John Hunter and the Scarab Queen will now be available to BOSS. Gaming Solutions’ extensive audience.

All eyes on esports as COVID-19 wipes out sporting calendar

Esports betting is braced for a boost as sportsbook punters look for action during the Coronavirus outbreak.

Quentin Martin, CEO of esports betting site Luckbox, said: “While the esports calendar has also been affected, it’s much more resilient in this situation because matches can be played online, without players needing to be in the same place.

“So far, the early indications are that esports betting volumes will increase – we’ve seen a 54 per cent increase in new player registrations in the past week – since it was announced the English Premier League would be postponed.

Set to form a key centre piece in Evoplay Entertainment’s 2020 business development plans, Malakchi will lead the company’s upcoming expansion across key markets as it continues to go from strength-to-strength as one of the industry’s most revolutionary suppliers.

The integration is a major step that will allow Kalamba to establish and grow its proprietary RGS as the demand for cross-platform content rises.

Greentube, the NOVOMATIC Interactive division, has launched a premium selection of its award-winning slot and casino games with Goldenpark.es, adding another leading operator to its growing client base in Spain.

The supplier’s hugely popular Book of Ra™ series is now live across Goldenpark.es’ digital channels, including Book of Ra™ Magic, Book of Ra™ deluxe and Book of Ra™ 6. Online adaptions of NOVOMATIC’s popular land-based titles have also been made available, with Lucky Lady’s Charm and a variety of fruit games such as Sizzling Hot and Mega Joker already proving a hit with players.