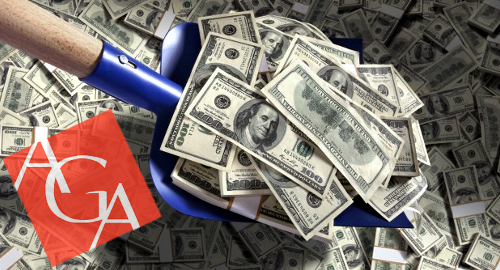 The US casino lobby is seeking a federal bailout as the coronavirus crisis forces operators to shutter their operations for an unknown period.

On Monday, the governors of New Jersey, New York and Connecticut collectively announced that their states would indefinitely close all casinos, pubs, restaurants, movie theaters and gyms effective 8pm Monday.

Connecticut’s two casinos plan to stay closed for at least two weeks but New Jersey’s governor said only that Atlantic City’s casinos would stay shut until “it is deemed safe for their reopening.” It will be only the fifth time that AC’s casinos have been ordered to close, of which three times were weather-related.

Similar casino closures have been ordered in other states, including Delaware, Illinois, Indiana, Louisiana, Maryland, Massachusetts, Michigan, Mississippi, New Mexico, Ohio, Pennsylvania, Rhode Island and Washington. Casino operators in Nevada, including many on the Las Vegas Strip, have been closing on an individual basis.

Casinos in South Florida have shut but the Seminole Tribe is keeping its Hard Rock venues open for the time being after imposing ‘social distancing’ measures. Some larger California casinos have announced temporary shutdowns while others remain open.

New Jersey’s casino industry can rely on its thriving regulated online gambling market to at least partially offset the expected brick-and-mortar gaming losses. With the possible exception of Pennsylvania, most of those other states aren’t nearly as fortunate, which raises the possibility that companies will look to offset their losses by laying off staff.

On Monday, American Gaming Association (AGA) CEO Bill Miller issued a statement saying the casino business had gone “from a growing, thriving segment of the US economy to a near standstill,” which he predicted would have “a dire effect on the communities in which we operate across 43 states.”

Miller urged “elected leaders” who have ordered casino closures to “move just as urgently to support the workers and businesses who will bear the brunt of those effects.” Miller said the AGA’s “immediate priorities are actions that provide liquidity to allow us to support employees.”

The AGA’s statement clearly isn’t just an opportunistic cash grab. Several major US casino operators, including Caesars Entertainment, Penn National Gaming and Wynn Resorts, have already begun drawing down their credit reserves to ensure they have enough cash to keep the lights on while their doors are shut.

It remains to be seen whether the federal government will acknowledge the AGA’s request, given the countless other financial demands being made of it at present. The industry is likely hoping that President Trump’s history as a casino operator might tip the balance in their favor but there are a whole lot of pigs currently angling to wrap their lips around a federal teat.