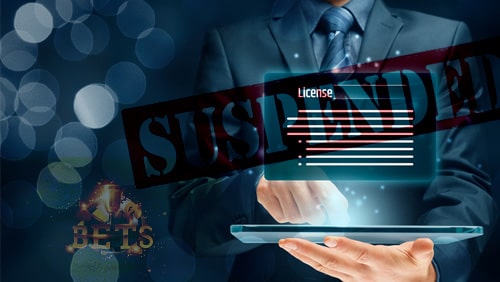 Stakers might have had a cheeky response when the U.K. Gambling Gambling Commission (UKGC) suspended their license, but that didn’t help their case at all with their other regulator, the Malta Gaming Authority (MGA). In light of losing their U.K. license, the MGA have announced they will also suspend the operator’s license of Stakers Limited.

In their March 10 statement, the MGA noted they pursued the suspension “in light of the suspension of their United Kingdom licence, thus the recognition thereof for its use in/from Malta is equally suspended.” As a result, Stakers has to cease operation in the rest of Europe, and keep withdrawals open so players can withdraw their funds.

Stakers first ran afoul of the UKGC on March 5, when the regulator announced the site was found to have had “a number of compliance issues.” They added that the site was “unsuitable to carry on the licensed activities’ and placing the incumbent’s licence ‘directly under review.”

While most sites try to clean up their act, pay their fine, and get back into good graces, Stakers took a different route. We noted on March 6 that Stakers had featured a pop-up, seemingly mocking the UKGC. It posted a link to a change.org petition, and issued a cryptic “MOST WANTED” request for “Humpty Dumpty and Pinocchio, sought by Mr Boo and Mr Kie. Those who have seen or knows anything please report to online chat.”

Stakers has yet to change their pop up in response to the MGA. Users can still log in, and once the pop-up is closed, the registration form is still available, along with a player testimonial, available promotions, and logos for both the MGA and UKGC.

When we last checked Stakers petition, started by a ‘Ogjen Lewit’, it had received 40 signatures. A week later, it has reached a whopping 52 signatures. With that level of support, it’s unlikely Stakers will receive the critical mass needed to change either the UKGC or MGA’s minds.