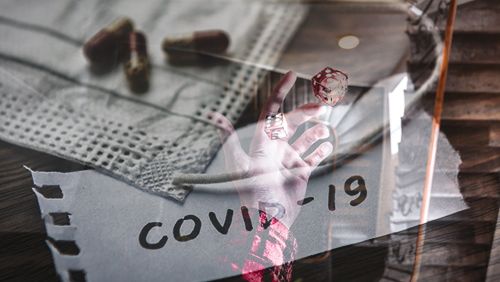 The coronavirus brought a whirlwind of news to the sports and gambling world on March 12. Several leagues announced the suspension of their play, bookmakers scrambled to make new lines as old ones were voided, and casinos took new steps to keep their doors open.

After the NBA took the lead by suspending its season, several other leagues and events had to decide what they would do to help fight back Covid-19. The beginning of the day saw several college tournaments, including the ACC, Pac-12, Big Ten, SEC, and A10 cancel their tournaments entirely. With one game tipping off at noon eastern, the Big East got in half a game of their tournament before also cancelling.

Several hours later, the NCAA made the bold decision to cancel all basketball, baseball and softball tournaments for the year, ending March Madness before it had a chance to start.

Major League Baseball has also made the decision to cancel the rest of spring training. The first two weeks of the season will also be delayed. The decision was made as games were ongoing, causing plenty of bets to be voided.

Can safely say this is the most money we've ever seen on Live MLB Spring Training.

Any port in a storm, amirite fellas?

The NHL has also suspended its season. As the league shared locker rooms with the NBA in several cities, it didn’t make much sense to allow players to go back and potentially catch the virus. If the league can’t start up again soon, this will be the second time the Stanley Cup is not awarded due to an epidemic, having also cancelled its finals due to the 1919 Spanish Flu.

In tennis, both the Association of Tennis Professionals and Women’s Tennis Association have suspended action for upcoming tournaments.

The XFL, who were in the middle of their season, have cancelled the rest of their games, freeing up players to sign with the NFL. They promise the league will be back in 2021.

Formula One has cancelled the Australian Grand Prix after McLaren team members tested positive for the virus. With just a week to go until the Bahrain Grand Prix, F1 is still silent on what will happen to the rest of the season.

The biggest event that still hasn’t given any sign it will be cancelled or postponed are the 2020 Tokyo Olympics. With the first activities due to start on July 24, event organizers say it’s still too early to make a call. Several countries have already decided they will not participate in qualifying events.

The NFL also notes it’s too early to consider making changes to their upcoming season, but have canceled team meetings.

Wrestlemania is scheduled for April 5, and atleast for the moment, company officials plan to go forward with it. They understand that they may not have a choice if Florida or Tampa Bay authorities ban mass gatherings though, and have stated their backup plan to postpone the Show of Shows until June or July.

NASCAR have decided they will go ahead with their next two races, to be held in Atlanta and Miami, but will shut fans out.

What’s left to bet on?

Bodog’s sports page, at the time of publication, has Russian basketball, Australian, Indian and Vietnamese football and Japanese baseball, with English Premier League games featured for the upcoming weekend. Digging into a few of the suspended leagues’ wagers, you’ll find:

What League will be first to play a regular season or Playoff Game?

Casinos around the world are also having to react to the coronavirus. While no territory has entirely shut down casinos like Macau did in February, the continuing spread of the virus and travel restrictions are causing some casinos to react.

Eight people so far have tested positive for the disease in Clark County, where Las Vegas casinos are located. Several casinos have cancelled shows and events to help reduce the amount of crowds assembled in the city. MGM Resorts announced a guest at The Mirage has tested positive, forcing them to deep clean and sanitize areas she was in.

With a reduction in business expected, industry spokespeople and gaming association groups are pushing for the casino industry to be considered in any stimulus package created by the federal government. Although the chip cleaning industry has seen business boom, and may not need it.

Full House CEO Dan Lee is a bit more optimistic though. He told the Las Vegas Review-Journal his company’s casinos in Mississippi, Colorado, Indiana and Nevada, has seen “no discernable impact” from the outbreak so far, and remain open.

In the Philippines, where a metro-wide quarantine has just been declared in the Manila area, Okada Manila is reducing the number of players allowed at tables, and will not allow slot players to sit directly next to each other. Other sanitization steps are being taken, and customers will undergo thermal scanning at all entrances.

No other Manila area resorts have announced their plans, but similar to Las Vegas casinos, several shows have been cancelled.

In South Korea, where coronavirus has had a major impact, Kangwon Land remains closed until March 15. While the casino is closed,, which is the only one that can offer to locals, all other casinos, which can only offer to foreigners, are still open.

Finally, most casinos in Macau are up and running, but at reduced capacity. A recent analysis suggests the region will see a sharp decline in gross gaming revenue (GGR) as a result of Covid-19.