The Europa League returns to action this week as all eight Round of 16 ties see their first legs take place. With sides such as Roma, Manchester United, Inter Milan, Wolves and Sevilla all hoping to end the season with the trophy and a clear route to the UEFA Champions League group stage, who will prevail? 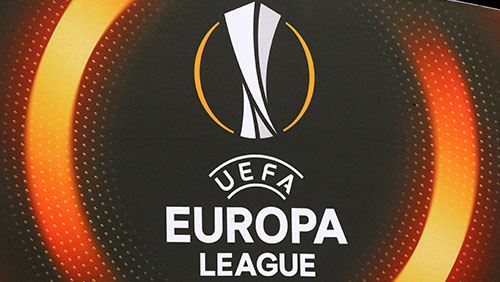 There’s no doubt that the big teams had mixed results when it came to the Round of 16 draw. While Inter Milan and Getafe drew each other, with Sevilla and Roma doing the same, Manchester United got the plum tie on paper – Austrian side LASK.

It’s thanks to the draw that United are 7/2 favourites to win the competition, but in contrast to The Red Devils, Inter Milan may have some trouble against Getafe, though the first leg may have to be played behind closed doors if it goes ahead at all. Should it take place, Getafe will try to take advantage of the fact that Inter are in poor form, having lost their way in the Serie A title race, losing their last two league games including Saturday’s 2-0 reverse against Juventus.

Elsewhere, Sevilla should get the better of Roma, but expect a tight game. Taking the under of 2.5 goals in both those games is a decent tactic, and applies across all first leg games, with many sides preferring to wait until the second leg to go for it.

Top picks this round

Istanbul Basaksehir can be relied upon to get the result in their home leg against poor travellers F.C. Copenhagen, who snuck through against Celtic but otherwise are not renowned for their ability to travel well. Manchester United and Bayer Leverkusen will triumph against LASK and Rangers respectively, while Sevilla should be backed against Roma. The four-fold is a lip-smacking 16/1 in general.

If there is a team you might want to back to win the Europa League who isn’t among the favourites, then many people’s pick is Wolves at 11/2. They, however, are third-favourites, and while to an extent that is warranted, there are better picks out there. Their Round of 16 match against Olympiakos will take place without an atmosphere, being played behind closed doors in Greece due to the recent Coronavirus outbreak.

Bayer Leverkusen are a juicy price at 9/1 to win the competition outright and will surely thrash Rangers at Ibrox. Leverkusen qualified for the Round of 16 by thrashing Porto 5-2 on aggregate and beat Eintracht Frankfurt 4-0 on Saturday, with Havertz opening the scoring.

With the absence of the injured top scorer Kevin Volland upfront, likely out until May with a torn ligament, some might think that Lucas Alario with 10 goals would be Leverkusen’s main threat. But the £80m-rated Kai Havertz in midfield has nine goals to his name himself this season and arguably comes from a position on the pitch that isn’t defended so heavily. He can certainly hurt Rangers and could yet drive the German side to victory overall.

Europa League Round of 16 fixtures: