After a successful WPT Germany festival so far, the World Poker Touyr Main Event that crowned the final few days of the series saw Germany’s Christopher Puetz win the top prize to €2709,00 as he outlasted 509 opponents in Rozvadov. 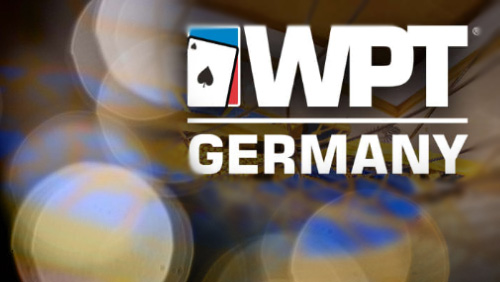 The final day of the WPT Germany Main Event saw Gianluca Speranza come into the days play with the chip lead, holding 88 big blinds with which to attack his opponents. One man he might have looked to avoid, however, was the 2019 WSOP Main Event champion Hossein Ensan, who himself had 78 big blinds at the beginning of the day’s play.

It would be the young student of the game in Christopher Puetz who would eventually win the day, the 23-year-old qualifying for the WPT Tournament of Champions by winning a signature Champions Club moment, but others did not have anywhere near the same success.

Rifat Gegic of Germany busted in 9th place before his countryman Renato Nowak followed him out of the door. It was the Main Event man himself, Hossein Ensan, who would bubble the final table, busting in 7th place for €40,000 – small change compared to the $10 million he won for taking down the world’s biggest poker tournament in Las Vegas last summer.

Dutch player Farukh Tach was the first person to depart the official six-handed final table when his short-stack shove with an off-suit jack-ten saw Laszlo Papai call it off with ace-king and hold across a dry board. It would be the Italian player Gianluca Speranza who left in 5th place, the WSOPE Main Event runner-up losing his stack with pocket fives against the sevens of Papai, with both players hitting a set on the flop.

Josef Gulas was eliminated in 4th place, as the Czech player won €91,000 but no more when his move with ace-seven had a caller in Joep van den Bijgaart, whose pocket nines rode home to give him over half the chips in play with three men remaining.

The stacks would change, however, as it was van den Bijgaart who left in 3rd place, eventually dealt the fatal blow after the 99th hand of the final table saw him lose a flip with pocket sixes against Papai’s ace-queen, an ace on the flop doing the damage.

Heads-up, it was Laszlo Papai who had a marginal lead, with a shade under 11 million chips against Christopher Puetz’s 9.6 million. But when, a few hands later, Papai four-bet shoved ace-ten and Puetz made the call with ace-jack to hold, Papai had just 125,000 to his name. That went into the middle with the respectable pocket fours, but Puetz’s queen-nine had two overs.

The flop was a – frankly amazing – four-nine-queen, but another queen on the turn meant Papai would need the case four in the deck to win, and it didn’t come. Puetx was the champion and the student turned master will compete in the season-ending Tournament of Champions with the $15,000 entry part of his prize at King’s Casino.