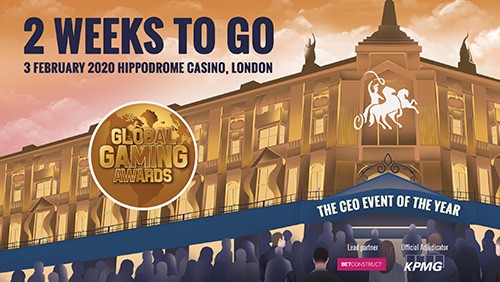 With the Global Gaming Awards London 2020 now two weeks away, the full Shortlist is available to view online.

A detailed list of nominees can be seen for all 16 categories, with the published Shortlist coming at the end of an extensive process, following a period of self-nomination and recommendations from our esteemed Nomination Panel, and the Gambling Insider editorial team.

Being nominated for a Global Gaming Award is a clear sign of success for any gaming industry company, as the Awards celebrate operational excellence displayed over the previous 12 months.

The Awards are also about recognising competition across multiple markets, showcased in the Betting Shop Operator of the Year category, where Ladbrokes will look to defend its title against a wide range of global brands.

Another of last year’s winners to have been nominated again is Bet365 in the Online Sports Betting Operator of the Year category, while the operator will also look to defend its Affiliate Programme of the Year trophy.

The casino market has seen some outstanding products launched in the last year and the best have made it into the Casino Product of the Year category. The likes of Red Tiger Gaming, Ganapati, Yggdrasil and WorldMatch form a list of world-renowned developers vying for this year’s title.

The final Award will highlight and reward the most outstanding individual leader to have propelled their company to success in the Chief Executive of the Year category.

The full list can be seen in the Global Gaming Awards London 2020 Shortlist magazine, which is available online and in print, with the print version being distributed at this year’s ICE London.

BetConstruct is the Lead Partner of this year’s Awards, while the Global Gaming Awards are powered by Gambling Insider. The voting process was officially adjudicated by KPMG Isle of Man, to ensure fairness and transparency.

To see the full Shortlist and for more information on the Global Gaming Awards, visit www.globalgamingawards.com/london/ or see the Shortlist magazine in full here.