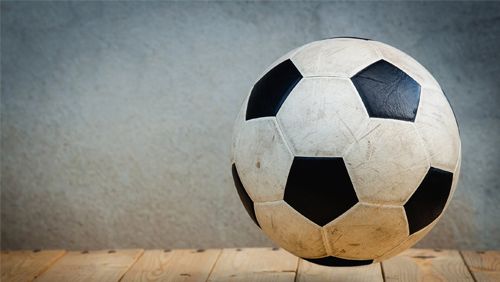 This weekend’s Premier League fixtures are important for very different reasons across the board, with top of the table clashes and relegation dogfights aplenty. Who’ll grab the vital three points ahead of a full midweek schedule?

There are barnstorming games featuring teams at the bottom of the table taking on those nearer the European places, for starters. Watford host Spurs with both sides desperate for the points, and it’s a similar story at St. James’ Park where Newcastle host Chelsea in another survival-against-top-four battle.

There can be few fixtures that neatly encapsulate the season’s vagaries more than this one, at this time. The Gunners host a side who are, having been promoted from the Championship last season, are well clear of the North London side and at this moment look more dangerous to the European places.

Chris Wilder has The Blades playing some fantastic football, with players such as Lundstram, Fleck and McBurnie all starring for the Sheffield side. Mike Arteta, meanwhile, will be missing his greatest striking threat, Pierre-Emerick Aubameyang for the next three games. Quite what impact that has on Arsenal’s season remains to be seen, but the Gabonese player will miss the midweek showdown with Chelsea and next weekend’s F.A. Cup fixture against Bournemouth. Quite where The Gunners season will look after those fixtures, no-one knows, but it might not look great at all.

Our tip: Both teams to score

The Selhurst Park side have form in this fixture, but City have the most recent Premier League form, leading to what will be a fascinating fixture at the Etihad Stadium.

With Roy Hodgson not yet adding much firepower to his side – save for the hardly inspiring capture of Cenk Tosun – Palace will set up how they often have this season, namely to try for a draw but with an option to attack if they fall behind.

Wilfried Zaha’s frustration at staying in South London during the last transfer window may lead to more speculation he’s leaving this January, but it’s hard to see it happen unless a really big bid comes in. For that to happen, Zaha probably needs to star this weekend, so don’t be afraid of backing him to score.

Our tip: Both teams to score and City to win

One of the games of the season in principle may end up being a slightly tepid affair if both teams end up with injuries, but as it stands, only Marcus Rashford is the superstar under threat. United, who should have beaten Liverpool at Old Trafford after dominating much of the game – are the only team that Liverpool haven’t beaten in the Premier League this season.

If the Red Devils play like they did at The Etihad against Manchester City, they have the chance to spoil Liverpool’s near-perfect season. However, if they bring their B-Game, such as they did against City in the Carabao Cup Semi-Final first leg, then disaster might await them on Merseyside. The difference between those two games was Harry Maguire, and we think that the former Sheffield United, Hull and Leicester player might have a big part to play on Sunday if he’s fit enough to start.

Our tip: Harry Maguire to score at any time