This week has seen the English Premier League transfer window finally liven up. Gone are the timid, tentative steps clubs have been taking while the usual stock phrases are trotted out. You know, the classics like ‘showing an interest’, ‘declaring their intentions’ or ‘investigating the possibility’. 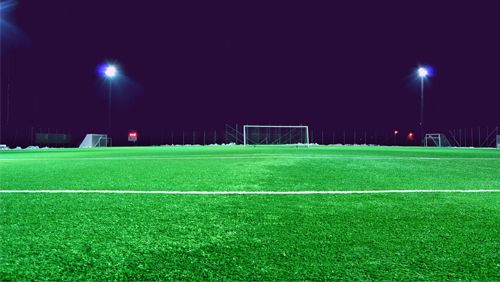 Finally, cold, hard cash is changing hands for some of the most sought-after players in football. We’ve got the skinny on the superstars changing shirts in the Premier League.

The amusing saga of not one but two players surnamed Fernandes being tracked by English clubs has finally moved into the realms of actually happening rather than being repetitive paper talk. Jose Mourinho’s first signing may not be a marquee signing, but could be the makeweight replacement for a departure – Christian Erikssen is being wooed by the ambitious Inter Milan.

The big man is back! Having left West Ham during Manuel Pellegrini’s tenure at the London Stadium, David Moyes’ return has brought Randolph back from Middlesbrough, desperate to repeat the kind of heroics that no-one remembers from his first time around in East London. You love to see it.

If Watford are going to survive their Premier League campaign, then they will have done it the hard way. Nigel Pearson’s men have already rallied, having a great Christmas period that has seen them beat team after team, including Manchester United 2-0 at Vicarage Road.

Rather than rest on their laurels, The Hornets have gone out and signed the talented 24-year-old striker Ignacio Pussetto from Serie A side Udinese for £7 million, further bolstering a forward line that already includes Gerard Deulofeu, Troy Deeney and Ismaïla Sarr. Impressive.

Asmir Begovic having signed for A.C. Milan on loan from Bournemouth, the Milanese giants were able to let former Liverpool goalkeeper Pepe Reina join the Villains on loan. With Tom Heaton injured for the rest of the season, the Midlands club needed quality, reliability and experience. Well, as Meatloaf once sang, two out of three aint bad. Reina will provide plenty of entertainment over the next four months, but can he keep villa in the Premier League? It’s not something to bet your life on.

The Slovakian attacking midfielder only joins on loan from Hertha but will aid Norwich in their attempt to survive in the Premier League. Seeking a miracle to achieve that, manager Daniel Farke will be hoping Duda’s statistics of 11 goals and 6 assists last season for the German Bundesliga side can somehow translate into the Premier League relegation run-in.

Seeking goals? Unable to get your tall strikers firing? Try all-new Tosun, the powerful stain remover guaranteed to get you… possibly even fewer goals. It’s highly unlikely that Crystal Palace will need to battle others in a relegation fight, but if they do, then the modest firepower of the former Super Lig striker turned Everton fall guy might drag them over the line.

Having won the English Premier League in the 2015/16 season, it’s hard to imagine that Danny Drinkwater’s career could have gone much worse since that monumental achievement. From his point of view, joining Chelsea was a smart move. Drinkwater could imagine linking up with N’Golo Kante again, setting Eden Hazard off on another mazy run designed for slo-mo editing suites. It didn’t work out like that, of course, but he could have imagined it. Welcome to Villa Park, Danny.