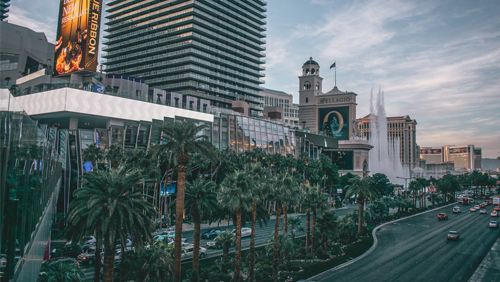 Steve Witkoff, owner of The Drew Las Vegas, is anxiously watching as the casino continues to be renovated, hoping that it can one day soon come back to life. He was just provided a boost of fresh energy this week, as the Nevada Gaming Control Board (NGCB) has agreed that the venue should be given a license once it becomes operational. According to the current schedule, that could be sometime in the fall of 2022.

The New York businessman appeared before the NGCB this past Tuesday where he stated his case for the 67-story property and what it means to Sin City. He provided the board with an update on how The Drew is progressing, telling them that it is a “high-end renovation job” and adding, “It’s in preconstruction today. We’ve essentially X-rayed the entire building.”

The NGCB appears to have been impressed with his comments and updates, and don’t see any problems with the venue holding a gaming license. The facilities will have to be inspected again once ready before the permit can be issued, but, as far as the board is concerned, there won’t be any obstacles for the project to be greenlighted for gambling.

Part of the reason that the NGCB is optimistic about The Drew’s future, in addition to the fact that the property isn’t serving any purpose to Las Vegas as it sits, could be because of one of the people expected to help run the show. Witkoff announced in November of last year that Vegas fixture and WSOP Poker Hall of Famer Bobby Baldwin had been tapped as the casino’s chairman and CEO. Anyone who has been around Vegas instantly recognizes the name and what he has done over his long history in the city, as well as the state of Nevada.

Formerly known as The Fontainebleau, the Las Vegas Strip casino sat empty for over a decade before Witkoff swooped in and purchased it from billionaire Carl Icahn for $600 million. He had hoped to be able to renovate and launch the property sometime this year, but the project has proved to be bigger than expected, and the opening had to be delayed.

Witkoff has an interesting anecdote for how he came up with the foundation that would ultimately shape his future in Las Vegas. In addressing the NGCB this week, he explained that a fortune teller had told him that he would be visited by two black birds, then added, “I never thought I’d be the type of person who would ever go to a medium. I went back down to Miami where I have a home, and I’m on the golf cart with my girlfriend and she’s eating potato chips. Two black birds landed on that cart and they grabbed two potato chips. And that was it for me.”

From that, he formed two subsidiaries, The Drew Two Blackbird Holdings and Two Blackbirds Hospitality Management, which would be involved in the venue’s operations.