Home / Poker / Is a return to true freezeouts going to be Poker’s 2020 Vision? 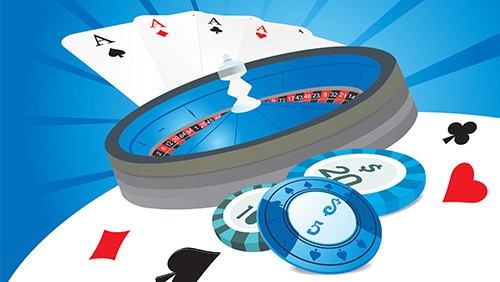 Poker goes in cycles, as anyone who has been around the game for longer than a year or so can testify. But while in society, politics, family and life in general, those generations of change tend to last a couple of decades, poker has always felt like a game that is developing in fast-forward.

In the last 15 years alone, it has exploded online after the Moneymaker effect, enjoyed a serious poker boom, followed by the game becoming more attacking than ever then crashing like a poker stock market on Black Friday for Americans. Poker now looks to have entered a phase of GTO (Game Theory Optimal) poker and maths-based professionals who can claim, in some part at least, to have solved the game.

Can poker ever go back to freezeout?

Are we, however, about to return to an age of the classic freezeout?

Could a freezeout, i.e. a tournament that you can enter and participate in only once, without re-entries, either on different days or twice or more in the same entry day, be the popular poker innovation of 2020? To analyse the possibility, we have to look at how the game has changed, and whether the freezeout now has a place within the game.

All games should be placed under this scrutiny, the analysis of an altered landscape. Just as it is impossible to appropriate the speed of modern football to that in 1963, purely down to the rule changes that have come into play since then, such as the backpass rule, poker has changed immeasurably since its popularity first grew.

partypoker and the eternal question

Poker has moved on from the original era of freezeouts being the only tournament games in town. Re-entries have been part of the game for years, and with recent changes made to some partypoker live events meaning players can re-enter as late as on Day 2, the game looked to have irretrievably changed.

It is perhaps ironic, then, that Rob Yong, so deeply entwined with the fortunes of partypoker in recent years, posted the following question on Twitter:

The response, as you can see, gave an overwhelming affirmative in favour of freezeouts.

This eternal question always gets the same response – players love freezeouts. But do they really? Is it a format that is favoured by recreational players only, and therefore a majority, because by definition there are always more recreational players than there can ever be professionals?

To re-enter or not re-enter?

It’s hard to see one major brand making sweeping changes without others following suit if that change is really carried through. But can it be sustained at more than one event as a treat for recreational players?

Making a change for recreationals isn’t the kick in the teeth for hard-nosed pros that you might assume. Recreationals are the lifeblood of the game and benefit players of all levels, including the High Roller set. While the Super High Roller events often include a re-entry at the players’ own choice, standard events the like of which Yong is talking about wouldn’t apply.

Re-entries bolster the prize-pool for almost any tournament, but they rarely make a tournament more attractive in terms of playing that event in the first place. Would players who are putting down $5,000 to play a $1 million guaranteed tournament be any more inclined to make their trip if the prize-pool was $1.25 million? Of course not.

If partypoker do commit to more freezeouts over the year, how they fare in every sense will be intriguing to monitor. Will players respond by more of them attending to make the prize-pools? Will partypoker continue to offer freezeouts if guarantees aren’t met? One of poker’s most interesting sub-plots of 2020 may be the format of the tournament game itself.