Home / Sports / Who leads the Golden Boot race in the Premier League? 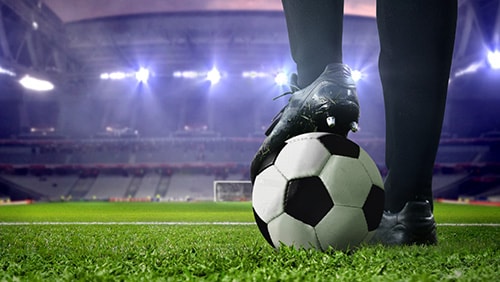 As we reach the halfway stage of this season’s Premier League, there are several Golden Boot contenders, but one man stands on his own ahead of them all. Let’s take a look at who the sharpest shooter is in the toughest league in world football.

For many years now, the race for the Premier League Golden Boot has been a source of great excitement and no little competition. Let’s have a look at the last 10 years:

This season’s contenders are led by a man who, despite winning the Premier League title, has never been the Golden Boot winner. He’ll never have a better chance to end that record.

The former Premier League champion is arguably in even better for than during his title-winning season of 2015/16 with Leicester, when he scored 24 goals. This year, he’s got 17 in his first 18 goals, surely hunting down 30 league goals.

With 11 goals and three assists, the young Chelsea striker is laying the ghost of Didier Drogba to rest at Stamford Bridge. With 53% of his shots hitting the target,

The Saints striker has endured a difficult season on the South Coast with good grace, digging his team out of trouble on numerous occasions. The former Burnley and Liverpool man is one of the major reasons that Southampton are currently outside the relegation rather than mired in it.

To say Aubameyang has been a ray of light amid the shadow of Arsenal’s season is an understatement. ‘Auba’ has been brilliant, so brilliant in fact that he might refuse to sign a new contract and seek a move elsewhere. There will be plenty of takers.

The Mancunian marksman has been United’s top scorer this season and already has 14 goals in all competitions this season – equal to his total in the entirety of last season.

The clutch players extreme, every one of Mané and Salah’s goals seem to have been vital. If he can carry on like he’s been going, The Reds will be champions. Even if they can’t, that seems highly likely.

The Finnish striker kicked off the season in spectacular style, notching 7 goals in as many games. While he’s struggled to hit those heights since, The Canaries will need him to get into double figures as soon as he can to help their relegation fight.

The Manchester City legend has had a comparatively quiet campaign, yet still scored nine times, and with City chasing down Liverpool, he’ll be desperate to add to his tally.

The two-time Golden Boot winner is the perennial everyman for goalscoring, and whether it has been under Mauricio Pochettino or Jose Mourinho, Spurs’ ‘Harricane’ is a whirlwind who never fizzles out.

The England striker has enjoyed the best two or three years of his career and while he hasn’t quite hit the heights for goalscoring that he has in previous seasons, Sterling will be hoping the second half of the season gives him a chance to turn that round.