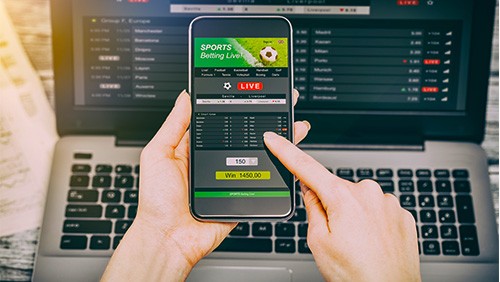 It was probably fun while it lasted, but a group of individuals in New York and New Jersey are now going to have to answer to a judge for running an illegal sports gambling operation. In total, six men from Staten Island and New Jersey were busted for the online gambling scheme that included operations from a sportsbook out of Costa Rica and which reportedly netted them $11 million in just eight months.

Four of the individuals are out of New York, with the other two calling New Jersey home. They had allegedly set up a sophisticated online sports gambling company that drew in customers from these two states, and which sometimes utilized the Costa Rica-based gameday365.ag, as well as a similar site, playbig365. Taking bets either online or over the phone, they reportedly began their entrepreneurial endeavor in September of last year before it was dismantled this past April. Both sites are now out of commission, as well, but it isn’t clear if their departure from the digital world is due to the bust, or to some other cause.

All six were arraigned in court on December 18, answering to charges of illegal gambling and money laundering. Eric Gonzalez, Brooklyn’s District Attorney, asserted in a statement, “Illegal gambling is not a victimless crime, but an unlawful conduct that is often connected to loansharking, money laundering and to organized crime. These defendants are charged with allegedly running lucrative gambling operations that took in millions of dollars in bets. We have now shut down their enterprises and will seek to hold them accountable.”

40-year-old Ross Branca from New Jersey was reportedly the ringleader and was known as a “Master Agent” of the group. He oversaw three operators, who managed their own sets of customers, and is looking at charges of illegal gambling and money laundering. The latter charge comes from his efforts to hide $100,000 in proceeds from the operation.

The six have reportedly pleaded not guilty to the charges, which also include conspiracy and gambling promotion. They’re now out on bail and will return to court in March of next year.

Sports gambling is now legal in both New York and New Jersey. However, there is obviously still a well-founded black market for the activity, given the amount of money these individuals made in such a short amount of time. Things may be improving with the introduction of legalized gambling, but there is apparently still a long way to go.