Aston Villa beat Liverpool 5-0 on Tuesday night as Jurgen Klopp fielded the Under 23’s side in his absence, while Liverpool were 3,500 miles away at the Club World Cup Finals. One day later, Liverpool beat Monterrey 2-1 and three more teams took their places in the semi-final draw. 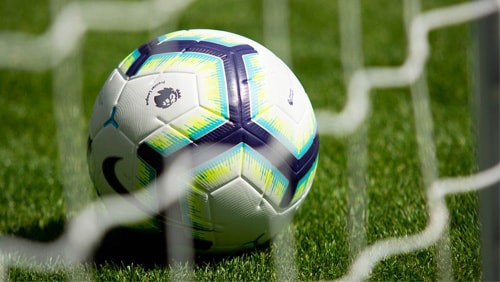 A stirring tie at Goodison Park brought what will probably be an end to Duncan Ferguson’s brief period as interim manager in fine style. Ultimately, Everton went out at the quarter-final stage, but The Toffees stuck to their task manfully and were unlucky to lose in the end.

Everton were behind to two quickfire Leicester goals, one a sweeping strike from James Maddison and the other a Jonny Evans tap-in from a Jamie Vardy glancing header.

Duncan Ferguson’s men have already proved they’re no pushovers, however, and in the second half came back through Tom Davies and – in the last minute – a Leighton Baines penalty.

To the penalty shoot-out it went, where Everton imploded, missing their first two penalties, with Kasper Schmeichel’s save from Baines’ shoot-out attempt a particularly fine save. Leciester, despite missing their first, converted the other four chances from the spot, and Jamie Vardy’s decisive strike saw him rustle opposition fans yet again.

The Citizens came through a tricky away tie at Oxford as Raheem Sterling and Riyad Mahrez combined throughout a tough 90 minutes for the home side.

Oxford equipped themselves phenomenally well against the Premier League side, and equalised Joao Cancelo’s opener when Matty Taylor rifled into the corner for the draw at half-time. In the second half, City pulled away and could have had more than the two they did score through England striker Raheem Sterling.

The Yellows were beaten, but City clearly respected them before, during and after the contest. Even the potentially Arsenal-bound coach Mikel Arteta was there to put the players through their drills, even though he may be doing the same for those in North London come the weekend.

The Red Devils showed the right attitude to a good quality tie as they dispatched Colchester United at Old Trafford.

The sides were level at the break after Ole Gunnar Solskjaer’s side had enjoyed the bulk of possession but failed to capitalise on their chances, skewing 12 of their 13 efforts on goal wide of the mark.

An opener from Marcus Rashford saw United take control, and an own goal saw them seal the win, a third from Anthony Martial mere gloss on an already-finished game.

Here’s how the full draw turned out following the completion of the quarter-finals, with each teams odds of lifting the trophy in brackets.

Both ties see the reverse of the fixtures above take place first, so Manchester United and Leicester will be at home to begin with. The two-legged semi-finals take place during the weeks commencing January 6th and 27th, 2020.