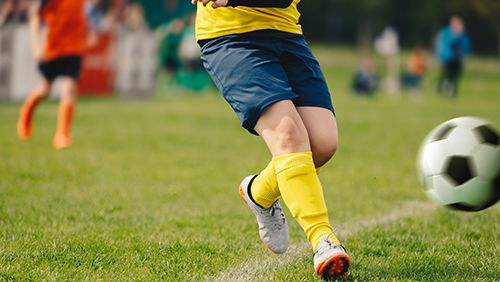 Manchester City coast to victory over The Gunners, Liverpool stretch their lead as Leicester are frustrated and Ferguson springs a surprise at Old Trafford.

Nothing is guaranteed in the English Premier League, and with points hard-fought at legendary grounds such as Anfield, Old Trafford, The Emirates and the King Power Stadium.

There were several games with just the odd goal deciding three huge points for many teams. West Ham United relieved pressure on their manager Manuel Pellegrini as they gathered all three points at St. Mary’s keeping Southampton in the relegation zone, the only goal from Sebastian Haller. Another team who were in real trouble until a vital victory were Burnley, but they beat a depleted Newcastle 1-0 at Turf Moor.

Elsewhere, Sheffield United grabbed another win, this time getting the better of Aston Villa, for whom Jack Grealish missed a penalty. Chelsea dropped vital points in the race for Champions League qualification, losing to an injury-ravaged Bournemouth side at Stamford Bridge.

Leicester couldn’t get the better of Norwich City, as they were held to a draw at hoe, but Liverpool again displayed Champions’ pedigree of eking out a result as they triumphed against Watford 2-0 at Anfield. Tottenham Hotspur took all the spoils after a later winner from Jan Vertonghen for Spurs against Wolves at Molineux.

One of the games of the weekend took place at Old Trafford, where Manchester United rescued a point against Everton when they did enough to win all three. The Red Devils started with the same attacking verve and youthful exuberance that had seen them win four games on the bounce and should have led through Jesse Lingard early on.

Everton, however, rallied, and a corner saw David De Gea palmed out of the way by Dominic Calvert-Lewin, and Victor Lindelof kneed the ball into his own net having missed the flight of the ball. De Gea was incensed, though VAR decided nothing preventing the goal had happened.

United were clearly spurred on by what they perceived to be a wrong decision, and created countless chances in the second half, shooting at goal 24 times in a frantic display of attacking verve. While Rashford and Martial were wasteful, and Daniel James looked a little tired after some fantastic recent performances. In the end, it was teenage sensation Mason Greenwood who drew the 20-time English champions level, slotting into the corner past an impressive Jordan Pickford from 20 yards.

United went for a winner but ran out of time to get it, and Everton – and a buoyant Duncan Ferguson – celebrated a point like it was a victory, and as it dragged them up to 16th place in a time of crisis, it was worth far more than the point United took which leaves them four behind Chelsea. Next up for Lampard’s Blues is a trip to see his old manager, Jose Mourinho at White Hart Lane 2.0. United must beat Watford to gain ground on whoever drops points in North London.

Staying in North London, Arsenal were roundly and soundly beaten at home as Pep Guardiola’s Manchester City team simply blew The Gunners away in 30 minutes at The Emirates.

Freddie Ljungberg’s side were outclassed in every department bar the impressive Gabriel Martinelli’s left-wing channel as Manchester City took the lead inside 90 seconds, Kevin de Bruyne smashing into the roof of the net with a touch like a wizard being asked to perform a task as menial as opening a can of beans.

The second goal was one of the best of the season so far. City cut through Arsenal at will, moving through them like a scalding hot knife through already-melted butter. City passed through every stage of Arsenal’s resilience, and De Bruyne’s cross was converted by Raheem Sterling for 2-0.

If two goals were enough, the third was an unnecessary dictation to Arsenal that any fightback was futile, De Bruyne smashing in with his left foot from the edge of the box. Arsenal got the message and hardly ventured forward until half-time, giving only a token performance in the second half. They need a manager to come in and deal with this squad and it’s no longer a hopeful plea, it’s a desperate call to arms. The Gunners are firing blanks.