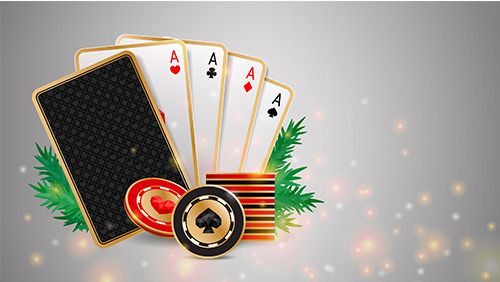 Christmas is a time for giving and receiving, so they say, but then… so is poker. From gathering everyone around the table, praying for the gift you’ve been waiting for and hoping that everyone is surprised by your activity, the game we all love provokes all the the most festive of feelings.

So why is buying a Christmas present for the poker player in your life so hard? Fear not. We’ve scoured the world and assigned a couple of top ideas to each facet of a poker player’s personality, allowing you to pick seven incredible gifts to bestow upon the person in your life for whom

Whatever you do this Christmas, don’t buy the poker player in your life that poker ‘set’ that costs ten bucks and includes playing cards that fall apart like they’ve been watered, cheap plastic poker chips and a piece of felt that wouldn’t cover a tea-cup. The temptation might be there, but don’t do it – it’ll end up in the bin.

Your pal doesn’t want any chips they haven’t won at the real felt and they’ve no desire to cover their kitchen table with a shrunken smock.

These Friends Playing Cards are likely to be either the perfect gift for your poker-playing friend or a keepsake they’ll eventually be able to make money from if they maintain them in mint condition.

A mug is a great present for a poker player – they’re bound to be able to use it when they’re playing online poker or making travel plans if they enjoy the live circuit. There are thousands of poker-themed mugs on sale, but this ‘I Don’t Even Fold My Laundry’ mug has a deal of swag to it.

A poker movie to savor

Poker players receive movies like The Hangover and Mississippi Grind all the time. Some with already have Rounders, though the 1998 pick starring Matt Damon and Ed Norton is a good choice if you know they don’t already have it.

If they do, then a great recent movie is Molly’s Game, starring Jessica Chastain in the title role and Idris Elba alongside her. Well-acted and plotted meticulously by screenwriting legend Aaron Sorkin, it’ll give you the high moral ground when you thank them for that sweater your poker playing friend bought you that cuts off the circulation to your wrists.

We’re loathed to say ‘Man-Bag’, because although that’s a recognised term for a travel bag for men, plenty of women play poker too and could just as vitally use a bag that isn’t designed by Gucci or Chanel.

A bag that could fit a few vinyl records in might seem less than useful to a poker player, but it’s the perfect carry-on for that live trip to a poker tournament on foreign soil, and even travelling in their own country, the card player you know will love it.

This sort of bag is dynamic, distinctive and does a great job.

While poker players can be relied on to compute fractions in just a few seconds and monitor chip-stacks sizes every minute for hours on end, keeping time has often been a problem to them.

One way of solving your poker friend’s inability to make late registration or turn up for the free add-on in the weekly casino tournament is to buy them a watch. Buying a watch for others is a devil of a job, so we can’t help you with one particular model that is assured to go down favourably. But if you know your friend, you’ll know which way to go.

Or, you know, ask them outright.

Every poker player will need a hoodie at some point, whether it’s in their local casino to shield them from the air-con or in their own home playing online.

It can be any type, really. It doesn’t have to be £175 and from Harrods, but if it is, it should probably be this one.

There are a number of poker books on the market, and while you could read our many articles telling you why such books Big Deal, Fossilman’s Winning Tournament Strategies or Elements of Poker are poker books you can’t afford to miss out on, there’s one book which should pay you to purchase it.

Equally valuable to players who have never played a live tournament or big buy-in online event before, Dara O’Kearney and Barry Carter’s Poker Satellite Strategy book has been setting the literary poker world by storm and the feedback from poker players on social media has seen the book become a bestseller in the genre on both sides of the Atlantic.

While many strategy books are frequently overtaken by changes in the game’s constant evolution, the tips held therein will still resonate in years to come and the tricks that readers will pick up should help your poker pal become a more profitable player in 2020.

All of which is good for you, because then they’ll feel obliged to buy you an even more spectacular present in 2020. Or, you know, at least the sweater will fit.

Happy holidays from all of us at CalvinAyre.com
iGaming Santa
24 December 2017
.