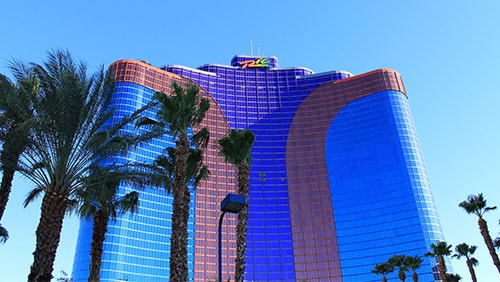 After months, even years of rumours, Dreamscape Companies have purchased the Rio All-Suite Hotel & Casino in a deal that reached $516 million over the weekend.

The venue of the World Series of Poker for well over a decade, ‘The Rio’ as it’s more commonly known may be freezing during the summer of poker action, but the heat of that action has kept it in the headlines for all the right reasons too. Like it or not, the venue has become the home of the WSOP and is symbolic with the legendary poker festival.

With 2,500 suites, the Rio remains an iconic building in the Las Vegas skyline as it is. Central to poker’s plans in the country, news came out earlier in the year confirming that the venue would be the location of the 2020 WSOP with the 2021 World Series also highly likely to be in the same place too.

While Caesars will continue to operate the building for the next two years – tying off those two years neatly – they’ll also have the option to do so for a final year in 2022, with Dreamscape’s own team taking over thereafter. While Caesars will pay a yearly rent of $45 million, that cost is likely to be offset by the huge revenue that the WSOP and other events bring the site.

The benefits of owning the Rio are plenty, and chief amongst them is the car parking situation. Simply put, no other setting in Las Vegas offers as many spaces for visitors as the Rio. While the rest of the year this is useful, during the World Series of Poker, it’s crucial. If the World Series of Poker ever leaves the Rio, this will be the players’ first concern.

With a quarter of a million square feet of real estate changing hands in the deal, many people assumed that with the purchase would come a Major League Baseball franchise, but this has been all but rejected out of hand despite constant references to the availability to this end made by local newspapers and sports promoters during this time of transition.

With 154,000 people arriving at the doors to the Rio with dreams of poker stardom in the summer of 2019, two months of poker action which will take place between May and July in 2020 will be just as busy.

While Eldorado’s acquirement of Caesars is still coming to pass, players can rest easy that the World Series of Poker will remain at the Rio for the next year or two at least. Past that, it’s impossible to say whether the world-famous poker festival will stay where it is. Despite its flaws, however, the Rio remains the best venue for the iconic World Series of Poker until another location presents itself as superior.

For now, that doesn’t seem likely to happen. With this purchase by Dreamscape, the Rio, for 24 months minimum, is still the place where dreams can come true.