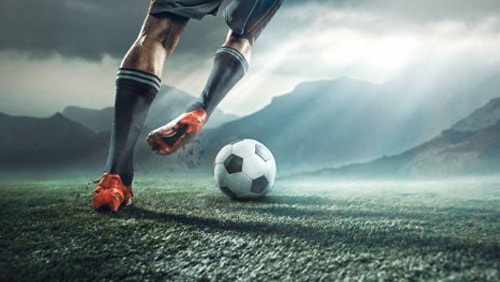 Managerless Everton host Lampard’s Blues, while there’s a Manchester Derby to savour and Arsenal head to the London Stadium in desperate more than hope

A huge weekend of fixtures stretches before English Premier League fans like a Christmas market with bells on. Liverpool and Leicester have winnable yet deceptive away games at Bournemouth and Aston Villa respectively, while Tottenham look to get back to winning ways at home to Burnley. A series of lower half teams fight for survival against each other, but we start our focus at the latest club to lose their manager, Everton.

Goodison Park has become something of a burial ground in recent years. Not for players, but managers. After the departure of David Moyes in 2013, there was a bizarre period where Roberto Martinez torched the defensive organisation put in place by the dour Scot and revitalised the front line.

Since the departure of Martinez, however, several managers have come and gone, all of which without success. Sam Allardyce minded the shop and staved off relegation, Ronald Koeman succeeded short-term but couldn’t maintain the momentum. While Marco Silva did inject pace and power into Everton’s frontline, it’s not lasted. Now he’s gone, too, amid rumours of a Moyes return.

Chelsea can take advantage of this transitional Everton squad and staff, and with Mason Mount and Tammy Abraham both scoring in the midweek win against Aston Villa, Everton will fear the Londoners’ attacking prowess. Away win, possibly at a canter.

What looked a formality at the start of the week looks slightly trickier for The Citizens on the back of the red half of Manchester’s stirring performance at home to Spurs. United demolished their old manager’s North London side, and will undoubtedly be a threat on the counter attack at The Etihad Stadium.

While United have a chance to spring a shock, the midfield is the area of the pitch City will hope to dominate. McTominay, Fred and Pereira might be United’s midfield. Arguably all three of those players put together might not be at the current standard of Kevin de Bruyne, who is in the best form he’s shown in over a year.

United could be dangerous on the attack, but that presumes they’ll have much of the ball, which with David Silva, Bernardo Silva and ‘KDB’ pulling the strings is highly unlikely. This is sure to be a goalfest, so go for over 4.5 goals and sit back to enjoy it.

On the back of two winless opening games in his Arsenal managerial career, The Gunners’ boss Freddie Ljungberg is beginning to lose a little of the lustre that varnished his Arsenal career. Now in the trenches and going into battle armed with the proverbial pea-shooter against a machine gun, he knows that his Arsenal team are there to be shot at, and opponents are currently having an absolute field day.

Can West Ham rouse themselves for the TV game against a big rival? If you aren’t shouting ‘Yes, obviously!’, then you must never have seen The Hammers play before, as the famously dodgy defence, meandering midfield and shot-shy strikers they’ve had over the years are the equivalent of Elton John having eaten too many sugary sweets – they come alive on the big stage.

West Ham are likely to win and rub in Arsenal’s troubles. Arsenal are highly likely to take another week or so before appointing a proper manager. Enjoy this high-kicking circus before the big top is rolled up and the clowns are moved out of town.