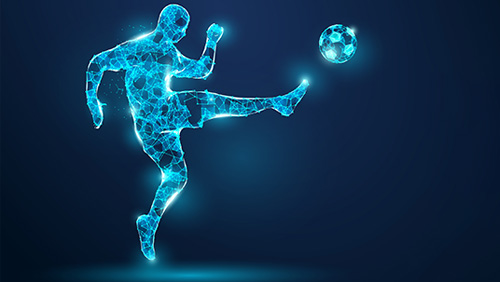 Mourinho returns to inspire Spurs to rare away win, Blades and Red Devils serve up thriller at Bramall Lane and Guardiola gets the better of Lampard at The Etihad

Another dramatic week of English Premier League action saw Liverpool and Manchester City both claim vital victories over Crystal Palace and Chelsea respectively, while Leicester continued their fantastic form with a 2-0 win away at Brighton.

Jose Mourinho made a winning return to the Premier League as his Tottenham Hotspur side traveled to the London Stadium and returned to North London with all three points.

With the all-new Mourinho talking of how humble he is in the pre-match build-up, it’s clear that the first phase of life under the Portuguese is well under way. Spurs fans keen to enjoy the phase were rubbing their hands with glee as Son put the away side 1-0 up after great work on the touchline by Dele Alli, the England midfielder stumbling over then ingeniously backheeling the ball from the ground to set up Lucas Moura to find the South Korean at the far post.

Spurs went on to go 3-0 up on West Ham, although a late rally from The Hammers saw them score two goals and reduce Spurs win to a narrow on. Mourinho – as ever – won’t care, content to see his side close to within one point of their cross-town rivals Arsenal after The Gunners were extremely fortunate to salvage a 2-2 draw with an equaliser in the 96th minute.

A terrific game at The Etihad Stadium saw Chelsea take the lead against champions Manchester City through N’Golo Kante, the Frenchman galloping clear of the City backline before clipping the ball home under the advancing Ederson.

City came back, however, with a deflected equaliser through Belgian superman Kevin De Bruyne, and when Chelsea committed the cardinal sin of showing Algerian winger Rihad Mahrez onto his favoured left foot, he needed no further invitation to bend the ball into the bottom corner past the despairing dive of Blues ‘keeper Kepa.

A second-half stalemate saw City leapfrog their visitors and continue their pursuit of Liverpool, doomed as it currently looks, with the Merseyside playing poorly and winning yet again this season, stealing all three points at previous bogey ground Selhurst Park.

Ole Gunnar Solskjaer went through every human emotion in 20 agonising minutes as Manchester United came back from the dead as they have famously done so many times before only to find themselves hurled back into the fire at the end of a thrilling 3-3 draw at Bramall Lane.

With the Red Devils woeful for over an hour, Sheffield United looked to have scored another three points against top-flight opposition, with goals from Fleck – flukey – and Mousett – fantastic – setting up The Blades for another sharp performance.

However, things were on a knife edge the rest of the game when Solskjaer threw on Mason Greenwood and changed the game completely. First, 19-year-old left-back Brandon Williams curled in a brilliant effort with his right foot, before fellow teenager Mason Greenwood slotted home an equaliser.

Two minutes later, Manchester United had a glorious third. Daniel James finally attacked a full back with his searing pace, and his cutback to Marcus Rashford provided the England man with his 10th goal of a solid campaign.

United still had time to throw it away, as Oliver McBurnie controlled the ball with some fortune – or an arm depending on your point of view – as the striker swiveled and struck home an equaliser to send the home crowd into raptures and Solskjaer in the desperate direction of staring up at the monolithic VAR screen.

If he hoped for favour, then he was out of luck. The season’s defining image – of tens of thousands of blank faces gazing up at their robotic master pleading to see whether they can be happy or sad – went the way of the promoted side and a point for each side gave no-one the reward they deserved after one of the most entertaining games of the season so far.