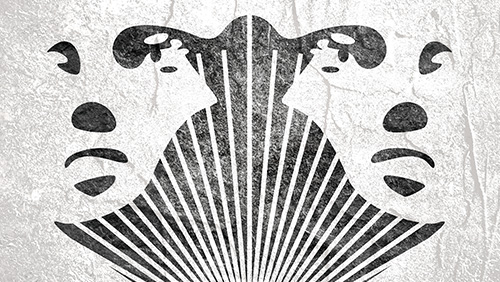 Poker and politics have been compared to each other for a long time. In fact, many of poker’s terminology now exists in politics as it does in the game itself. Not only does it become jargon used by those within the corridors of power, but it explains many of the actions within the industry to outsiders who need things simplifying.

This week, Mike Postle is under investigation for his part in what we’ll just call Stones Gambling Hall Gate. As he does so, of course, many Americans remain frustrated with the current President, and while the country is split fairly evenly in terms of democrats and republicans, one man who knows which side of the fence he sits is stand-up comedian and poker commentator and presenter, Joe ‘Stapes’ Stapleton.

“If you ask me, this Mike Postle situation couldn’t be anymore analogous to the current grifter American President,” says ‘Stapes’. “Both claim to be the greatest who ever lived, but most of the evidence points to that being incorrect. Most of the evidence points to the cities: duplicity, complicity, and – for the people who buy into the bullshit – a lack of cognitive capacity.”

Stapleton sees some other comparisons between the 45th President of the United States of America and Postle – their supporters.

“Despite overwhelming examples, there are still a key few stubborn supporters who would rather assume this is the greatest conspiracy in the world than to realize they’ve been duped. Never mind the fact that if either was as good at their jobs as they claim to be, they’d likely have made more money (and screwed fewer people) along the way.”

If Mike Postle is finally playing poker, some say that he’s allegedly raising very hard with a hand that can’t possibly stand up.

Regardless of guilt or innocence, both have done damage to the profession that will take years to fix, and finally – and maybe most importantly – they both have something weird going on with their heads.”

Stapleton jokes, but you know that politics is something he takes seriously if you follow his Twitter. He’s rarely off the stand-up stage these days, however, and is back in action again this weekend in Las Vegas at Fear and LOLing (in Las Vegas) this Friday October 11th at 10pm (doors at 9:30) at TheSpaceLV.  As host, ‘Stapes’ welcomes a variety of great Los Angeles comics to the stage as you can see from the show’s poster (below). When it comes to British politics, the only topic of discussion for months has been Brexit and whether leaving the European Union will be done with a deal or no deal. Poker player and former bookmaker Neil Channing has been following British politics closely for many years and sees similarities between the current British Prime Minister’s plight and that of a poker player in make-up.

“When players are getting staked for tournaments, they sometimes get so deep in make-up that it becomes very difficult to play correctly. They feel that they need to go for that one big win but to achieve it they take ridiculous gambles, running bluffs when they have no credible table image and giving themselves no realistic chance of winning.”

With no easy solution in either situation, Channing doesn’t find it a simple task to advise Boris Johnson on what his next political move might be.

“If you ask me what the Prime Minister should do now I’d have to start with “As played…” and we all know that when you ask a pro for advice and they used those words they really mean “I can’t imagine ever getting myself into such a ridiculous mess”.

With both poker and political messes extremely hard to escape from, often the solution is compromise. How that might affect Mike Postle or even the current British Prime Minister or American President is anyone’s guess.