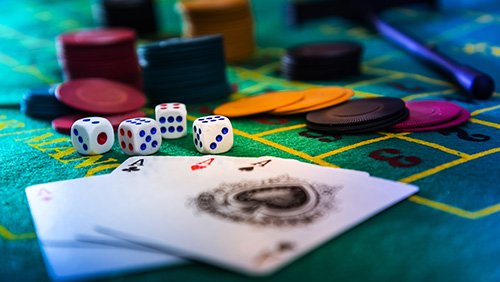 The Winamax Poker Open Dublin Main Event came to a conclusion on Sunday night, and when the dust settled, it was the Philippe Guillou who had the title and a massive €70,000 to go with it.

With a huge 1,389 players putting up the €440+60 buy-in, Guillou came into the final day’s play as the chip leader and he certainly demonstrated that in the early stages. However, Guillou would be overtaken in the counts by Kevin Goillot when there were four players left, which goes some way to explaining why there was a deal done at the four-handed stage.

Guillou has enjoyed a superb series, with his previous best career cash of $897 dulled by comparison of the success he’s enjoyed in the Irish capital. Just a few days ago, Guillou came out on top in the Winamax Poker Open High Roller event which kicked off the festival, winning €20,730 for his third-place finish. On Sunday night, he gained another €70,000 to vault himself up the leaderboard on the Winamax Tour and win genuinely life-changing money.

With nine players left, it was Simon Thomas who busted in 9th place for €10,000 and at that stage, Guillou looked a red-hot favourite to see the tournament out with a third of the remaining chips in play. When Nicolas Plantin departed in 8th place for the same amount, the final table of seven players was finalised and Guillou had his fellow players on the rack.

When the final table began, Scottish player and Main Event Travel owner Fraser Macintyre suffered a fatal hit to his stack when Kevin Goillot doubled through him. Macintyre would fall to Guillou to earn €13,000. When Raul Patron busted in sixth place for €17,500 and Ibrahim Senoussi crashed out in fifth for €23,500, the remaining four players went to a break and when they returned, they’d agreed to play on for €10,000 and the trophy, accepting these numbers as deal payouts:

With Guillou having locked up the biggest amount, he went on a rampage, winning two big hands after flopping a flush then cracking pocket kings. With Sacha Thery busting in fourth place for €51,305 and Alexandre Blanc leaving in third place for a slightly lower €45,635, it had proved to be a very good deal for Thery, and not just in theory, but in practice too.

Goillot had done the damage, however, and he went into the heads-up battle with the chance to leapfrog his adversary in terms of payouts as well as lifting the trophy. Guillou ground back a lead, though, and when Goillot triple-barrelled a doomed bluff, a call from Guillou meant that the title would be heading his way after a phenomenal few days at the Irish felt.

French readers might like to check out the highlights from the Main Event (with French audio) right here.