After suffering from viral pneumonia, the poet, critic and poker lover Al Alvarez has died aged 90. 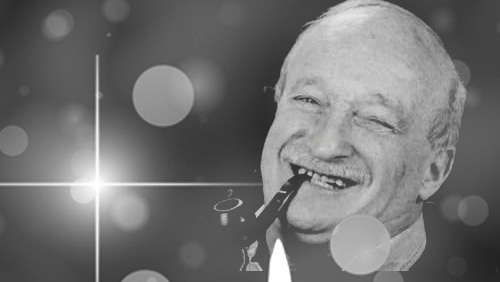 Born between the two World Wars in 1929, the enigmatic Alvarez lived his life as a civilized rebel, stirring discussion at Corpus Christi as a young student, and choosing to be an outsider to what he considered vaulted conversation that merited no such snobbery. Alvarez chose levity where others relied on academic tropes.

In his hugely popular poker book, 1983’s The Biggest Game in Town, Alvarez brought to life the power and majesty of Las Vegas, but also the human element of a gambling city that is held up by the players who descend on the World Series of Poker every year. An evocative work, the book was hailed as bringing a slice of the poker world few people outside the World Series get to see.

Critics, who counted Alvarez as one of their number, and who may have given him a tough ride, flocked to praise the poker tome.

The Evening Standard called The Biggest Game in Town ‘Probably the best book on poker ever written.’ Others went further, with the Sunday Telegraph calling the book ‘Picturesque, funny and dramatic.’

Alvarez may have brought poker to life for legions of thrilled readers, but he loved playing the game just as much as writing about it. Poker was one of his lifelong passions, along with rock-climbing in his ‘peak’ years.

Sixteen years after his poker story had brought him fame, the 1999 autobiography, Where Did It All Go Right? Was released to critical acclaim. This rebel with a literary cause brought his own life to light with the same irreplaceable charm and skill as he had so many works in a career as a Londoner armed with a mighty pen.

He could turn his literary and journalistic talents to any area. Alvarez penned three novels without ever referring to himself as a novelist. He was poetry editor at The Observer but was never fully rooted in verse. For the avid rock-climber, roots were something to be used as leverage, never tied down by, and his friends in poker loved him all the more for it.

Upon learning of his passing, John Duthie, President of partypoker, called Alvarez “a wonderful man.”

We spoke to Barny Boatman about someone he had huge regard for.

“I think Al Alvarez was perfectly suited to poker as it once was.” Boatman told us, “A game of wits, played best by those who observed, understood, and in his case enjoyed, people.”

Alvarez passed away in Hampstead, part of the London he loved, surrounded by friends and authors. He publicly declared himself to be happily ostracised from literary credit. Awards meant nothing to him, but people always meant the world.

Alvarez meant just the same to so many others, both inside the wagon circle of old Las Vegas poker and the new world of the game he so vividly brought to life.