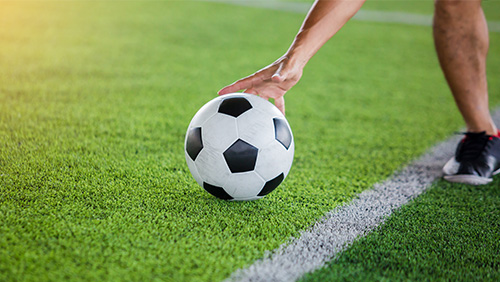 If you’re like us, then you’ve been playing the official Premier League Fantasy Football game. The premise is relatively simple; pick 15 players: 2 goalkeepers, 5 defenders, 5 midfielders and 3 strikers. Choose your 11 every week, selecting a captain, whose points will be doubled.

Here are the best (and worst) picks so far.

Having re-signed as a United player for the next four years, Spanish goalkeeper David De Gea is the top pick for teams after five weeks of action. Averaging just under five point per game despite United earning just two clean sheets, De Gea has had to be in the same form he has been for the last eight years at Old Trafford.

A surprising name at the top of the list on the same points as De Gea is Angus Gunn. Having been trusted with replacing Fraser Forster by Ralph Hasenhüttl, the 23-year-old Gunn has been a very safe pair of hands for the South Coast side. At just 4.5 points, he’s almost too good value not to have in your squad, even if its as back-up for an elite option like De Gea or Alisson.

Another Southampton player who has been imperious so far this season is the Danish defender Jannik Vestergaard. With a vital equaliser against Manchester United, Vestergaard has been in tremendous form all season, and helped Southampton slip almost unnoticed into the top half. With a home game against leaky Bournemouth next, the Dane might be the top pick across your squad.

While Arsenal’s defence has been much-maligned over the last few weeks, assists have given Ainsley Maitland-Niles a very strong early-season tally, especially given he’s already had to face Liverpool and Spurs. Maitland-Niles can be one of The Gunners’ best performers this season, and the 22-year-old would be our pick for their Player of the Year award at the end of the season if he keeps shining amid the crumbling backline around him.

While Roberto Firmino has attracted all the plaudits for his intelligent displays to date peppered with skills other players simply don’t consider and Sadio Mané has been Liverpool’s go-to guy for crucial goals, it’s Mohammed Salah who has the most points in Fantasy Football terms. Still an absolute must-pick.

While the likes of Sterling, Salah and Mané have corralled the top three places largely due to their goalscoring prowess – one could make a case for each of those three being strikers rather than midfielders – Mason Mount has made a more rounded path to an average of over 6 points per game. With six bonus points to date, Mount has played every minute so far this Premier League season for Chelsea. Costing just over half of what Salah will set you back, your midfield has to include the midfield maestro plying his trade on the Kings Road.

Top scorer overall so far this year is a Finnish striker who a year ago was scoring the only goal of the game against Middlesbrough. Teemu Pukki has made the step up to the Premier League in style, scoring in Norwich 3-2 victory against Manchester City in Gameweek #5, but also -crucially – getting an incredible assist in the same game.

Doubted by many, loved by the home fans at Stamford Bridge, Tammy Abraham has come back to Chelsea after starring on loan at Aston Villa last year, scoring 25 in 37 to send The Villains up. To date, Abraham has scored 67 goals in 136 appearances, outrageous statistics for a 21-year-old, and an absolute lock for your frontline.

With just five weeks gone, you can correct any leaks your team might have by using your one free transfer each week or delaying one week to use two the next. Failing that, it might just be the time for an early Wildcard play.