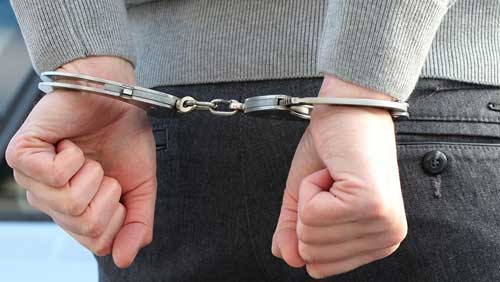 Poker can often be a game known for its wild characters and big and whacky moments. Some of the biggest stars of the game have made their mark by doing something incredible at just the right moment. Kenneth Strauss is not that kind of person, after recently being indicted on charges of terrorism.

Fox 5 KVVU-TV, Las Vegas’ local TV station, reports Strauss was originally arrested on July 27 at the Trump International Hotel. He’s now being charged with one count of making threats or conveying false information concerning acts of terrorism. And he did plenty to get himself arrested.

It all started at the Red Rock hotel-casino early in the day. Strauss attempted to lure an 8 year old boy who he met at the pool to his room. Once the parents caught on to what he was doing, they reported him to management and he was evicted from the hotel. He claimed at the time that he thought he recognized the boy from his hometown of Pittsburgh.

Then after 3pm, the police received a call that a man at the Venetian was suicidal, and threatening to harm anyone who came near him. When authorities arrived to arrest him, he was already gone.

The last straw came when Strauss began tweeting threats at all the casinos that had done him wrong:

At a later point in the day, Strauss seemed to imply that his tweets were not his own, calling them “false tweets,” but they were still fairly unhinged, noting in the same tweet “I’m happy our 13 year old is dead! Keep killing the Children! @POTUS,” and then later “I am starting to have feelings for another girl who I might have gotten Pregnant last week. Stupid unsafe sex. No one else contact me or message me anymore or else. @POTUS”

Strauss is unfortunately known for being a “wacky” and potentially unsafe player, previously getting banned from the WSOP for pulling down his pants and throwing a show during the main event.

Uhhhhhh what is going on at the #WSOP main event??? Player shoves blind, drops his pants, then throws his shoe on the table 😂 😂 😂(video via @blattsmullet) pic.twitter.com/oHGk5pjlnJ

At the time, he might have thought he was being funny, but the social media reaction quickly noted that it wasn’t just tasteless, but sad. One user noted that if WSOP was following procedure correctly, he should have been reported to the police immediately.

Strauss may or may not be a danger, and the best thing is that he’s being treated as one. He clearly needs help, but Las Vegas has already had its share of tragedies, he doesn’t need to create a new one for everybody.