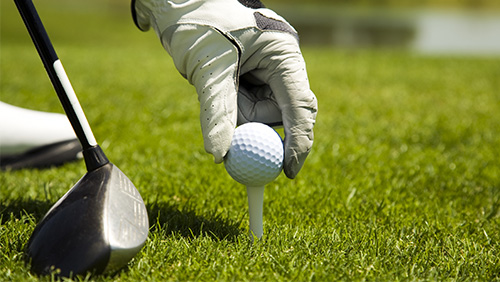 The first of three FedEx Cup Playoffs has wrapped up, with Patrick Reed taking the championship. He got off to a slow start at the Northern Trust tournament before finding his game to capture his first victory since winning the Masters in April of last year and his performance gave certain gamblers a nice payday. At 40-to-1 odds, Reed helped bettors turn every $100 wagered into $4,000.

Reed was down across the first six holes as he wasn’t able to get his golf clubs to cooperate. Once the clubs and he were on the same page, though, he pulled off a commanding performance that helped him claim the victory by one stroke in front of Abraham Ancer with a final round of 69 and a total score of -16.

The pro golfer said after the match, “I have a clear picture on what I’m trying to do, and all of a sudden, I come out and I start hitting the ball where it’s supposed to go. I’m starting to think clearly while I’m out there, and the game starts turning around.”

The match was marred by accusations of at least one player engaging in intentional slow play. This is a subject that has come up a number of times in golf, with more players beginning to side with the idea of forcing a shot clock into the mix. Bryson deChambeau found himself facing the ire of more than a few players – as well as fans – for his antics on the greens, sometimes taking as long as two minutes on simple putts.

Brooks Koepka, currently the number-one golfer in the world, has called out deChambeau in the past for slow play, but believes it’s becoming an epidemic. He states, “It’s not just him. I know he gets singled out, especially when I’m speaking about it. But it’s like I told him, I mentioned his name once and that’s it. There’s so many guys out here where it’s become an issue, and obviously with him being probably the best player that’s relatively slow right now, he’s going to be on TV a lot more, so you’re going to catch a lot more of those type of instances.”

In response to the slow-play accusations during the weekend match, deChambeau states, “When people start talking to me about slow play and how I’m killing the game, I’m doing this-and-that to the game, that is complete and utter you-know-what. That’s not fair.”

Life’s not fair and it was never meant to be. However, if it takes a pro golfer two minutes to line up an eight-foot putt to the cup, there is something wrong.

Tiger Woods dropped out of the match because of a strained muscle after he got off to a horrible start. If he decides to come back for the BMW Championship this week, gamblers might consider taking a little bit of a risk. His odds are currently 100-to-1.