Home / Poker / Citizenship in a poker republic, a salute to the men & women in the arena 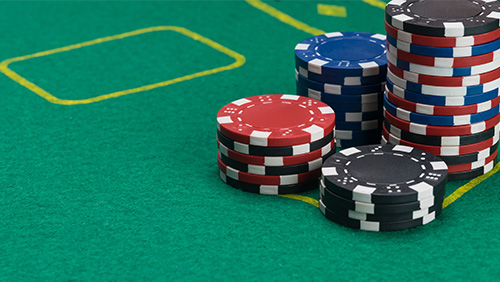 Inspired by Chapter 1 of Brené Brown’s ‘Daring Greatly,’ Lee Davy shares his personal experience of interviewing poker players and offers a salute to the people willing to climb into the arena.

In 1910, the former president of the United States of America, Theodore Roosevelt, gave a rousing speech at the Sorbonne, Paris known as ‘Citizenship in a Republic’ or ‘Man in the Arena,’ and earlier today, it jumped into my mind from Page 1 of Brené Brown’s ‘Daring Greatly.’

“It is not the critic who counts; not the man who points out how the strong man stumbles, or where the doer of deeds could have done them better. The credit belongs to the man who is actually in the arena, whose face is marred by dust and sweat and blood; who strives valiantly; who errs, who comes short again and again, because there is no effort without error and shortcoming; but who does actually strive to do the deeds; who knows great enthusiasms, the great devotions; who spends himself in a worthy cause; who at the best knows in the end the triumph of high achievement, and who at the worst, if he fails, at least fails while daring greatly, so that his place shall never be with those cold and timid souls who neither know victory nor defeat.”

As I peer out of my hotel window, eyes clamped on the giraffe-like cranes tickling the skeletal stadium next to Mandalay Bay, a migration of butterflies creates a thunderstorm in my gut.

They search my innards for some Zen-koan-like answer to problems, fluttering precariously above the magma of my stomach gut hoping not to burn and die.

The vibrations force me back to bed. I want to watch two seasons of ‘American Gods,’ escaping from the barking madness of my inner world. I don’t want anyone to see me. I feel so small, and when I’m in Vegas, everyone else seems so magnificent.

In an hour, an Uber will take me to the Rio to interview some of the most successful poker players, and poker playing business people the world has ever seen, and I would rather be in some Siberian cell block.

The ruler-straight certainty of my world has vanished. In its place sits a sickness. My job is to ask questions hoping to elicit answers that people can feel a kinship with, and today, it feels so awkward.

As Brené Brown states in ‘Daring Greatly’: “The uncertainty, risk, and emotional exposure we face every day are not optional. The only choice is a question of engagement.”

I don’t want to engage.

I don’t want to step into the arena.

I am afraid of the dust, sweat and blood.

When Joe Beevers was a Hendon Mobster, he told me the tale of the birth of Channel 4’s Late Night Poker. Contrary to American opinion, the first TV show to use hole-cam technology wasn’t the WSOP or WPT, but Presentable’s baby and they had a problem—nobody wanted to play (Beevers explained that the players thought they would be giving too much information away if people could see their hole-cards).

Today, hole-cam technology is standard, and having your technical game picked apart by your peers is unavoidable, but one area where the fear of giving away too much information still exists is in an interview.

An interview is the ultimate vulnerability stew. Fiction is easy. Pick up a pen and make it up. Copying Joseph Campbell’s hero’s journey blueprint is easy, peasy lemon squeezy.

Mining for the gold that lies within the memory banks of another human being is the mightiest of challenges because you both have to engage with vulnerability and find the courage and the sense of purpose needed to fulfil the audience’s satisfaction.

What makes this so challenging is the belief that vulnerability is a weakness. It’s why so many poker interviews are vanilla. If you ask a question that goes down like a rhino in the face of a poacher’s rifle, then the response can leave you feeling ashamed, guilty and inept.

The interviewer, afraid of being seen, asks questions they know the poker player will answer easily, and the poker player soaks them up, gratefully, because no courage is needed. It’s a win-win except for the crushing disappointment of the person who’s entertainment value hinges on the delivery of the hero’s journey.

Sitting down to conduct an interview, I feel raw and uncertain. I am terrified of asking the wrong question, upsetting the player, and wasting their time.

These desires exist because I’m aware of how terrifying it can be for a poker player to experience an interview. Formalise the setting, add a few lights, a camera operator, and a sound guy, and the stakes increase exponentially.

Every story follows this Jungian archetype:

An interview is a story, and if all of these pieces of the archetype don’t fall into place, the audience is left feeling empty. The most challenging aspect of the hero’s journey is the “All-Is Lost Moment”—the time when our hero hits rock bottom.

We’ve all experienced one of these moments, but our mind’s protection mechanism may create a false belief that we’ve never experienced one. Often an ‘All Is Lost’ moment is a ‘feeling’, and a large contingent of people are programmed to hide their feelings. 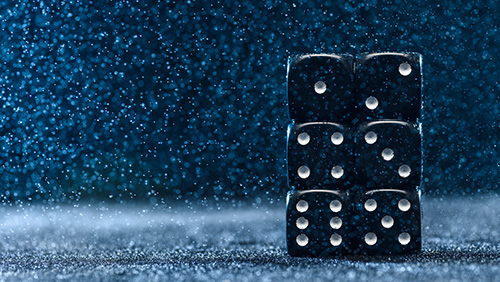 After writing the first draft of this piece, I went to the Rio, and interviewed Daniel ‘Jungleman’ Cates, and watched in awe as his eyes filled to the brim with tears during a memory of the lowest point of his life. At that moment, the unemotional velociraptor of poker revealed beautiful humanness, and suddenly, the interview sparked into life.

Afterwards, the producer turned to me and said, “Why does he do interviews? What’s in it for him?”

I told him that some people couldn’t refuse the call to climb into the arena. The Jungleman is never 100% comfortable during an interview, but he loves the dust, sweat and blood. Like all of us, Cates fears the uncertainty, risk, and emotional exposure that an interview creates, but chooses to engage from a place of worthiness, owning his vulnerabilities.

Every time we produce a piece of art, write something, play a poker hand in a televised game with hole cards revealed or sit down for an interview with someone you barely know, and is wanting your innermost secrets—do you have the courage to go all-in?

For those players that do.

For those interviewers that do.

For those commentators that do.

For those live streamers that do.

For those podcasters that do.

For those VLOGGERS that do.

For those writers that do.

Thanks for getting out of bed, when it was easier to stay under the covers. I salute you for climbing into the arena today.