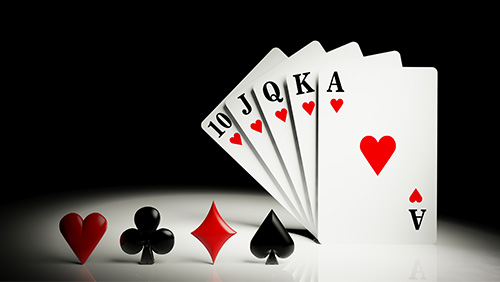 The short-list for the 2019 Poker Hall of Fame is out with a place for the magical, the common and the loathed.

There is lithium, a drug used to prevent bipolar depression, and a recognised aid in reducing suicide rates. Then there is Lilium, a genus of herbaceous flowering plants of which, the lily belongs.

It’s a lily-like thing for an industry to care enough about its work to create a Hall of Fame. A man much wiser than me once said that a Hall of Fame is a story, showing people the heroes, the hero’s journey, and the treasure trove that opens with the click of a lock.

All stories from Aladdin to Star Wars to The Shining have a villain. A Hall of Fame promotes a nostalgic trip down memory lane to witness the hero defeating the villain, but you don’t see villains in the Hall of Fame. It wouldn’t make sense to honour villains now, would it?

Here’s where the lithium comes in.

Imagine you’ve created a Hall of Fame in your company. Maybe this year you’ll honour the employee who ignored company red tape to get the product shipped on time or the employee that has never missed work in a decade, or the one who has 50 years of flawless service.

A Hall of Fame is for sticking someone special beneath the streetlamp so that you can look upon them with awe. It’s also a shrine that you should desire to sit amid, and with that desire comes an ethical and moral bedrock of behaviour that gets you there.

Take a look at this list, and ask yourself, if they are all heroes. Do they belong under our streetlamp? Do they deserve our thoughts, our attention, our time?

Lilium and lithium aside, Antonio Esfandiari makes the cut for the first time after turning 40 in December. The Magician is the only virginal nominee. David Oppenheim is the single player shortlisted not to have won a World Series of Poker (WSOP) bracelet.

A reminder of the criteria:

• A player must have played poker against acknowledged top competition
• Be a minimum of 40 years old at the time of nomination
• Played for high stakes
• Played consistently well, gaining the respect of peers
• Stood the test of time
• Or, for non-players, contributed to the overall growth and success of the game of poker, with indelible positive and lasting results.

I suggest the seventh criterion: if you’ve received a nomination in seven of the past eight years (Chris Bjorin), then you should achieve Hall of Fame status automatically. To keep on nominating him or her without going the whole way dilutes the experience for those named, and that’s not what a Hall of Fame should set out to do.

Maybe, a better alternative, since the public doesn’t get a say in the voting, is to keep the shortlist a secret, amongst the surviving Hall of Fame members, and the 21 members of the media who will choose two people to stand under the streetlamp on July 15, and then only announce the two lucky winners.

What do you think of the shortlist?