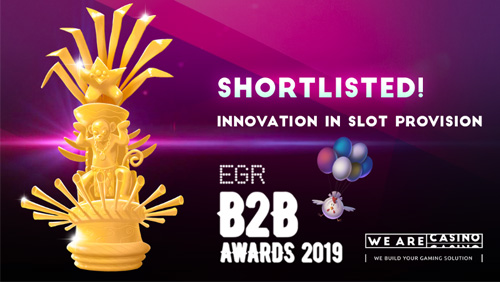 “WeAreCasino team is excited for being shortlisted and for the encouragement received from the industry, Marko Jelen, Director Sales of the Company declared. “Meanwhile, we will continue working hard, delivering new products, launching new games, demonstrating that also small innovative companies can compete with the giants in the Industry”.

“In the last weeks, we signed new distribution deals adding more products that are enriching our portfolio of games. We added new games like:Teen Patty and Andar Bahar, new Providers like Golden race, Just Play and Goldfish Global. A deal for the very first WeAreCasino branded games has been finalised, too. This will be announced in the next weeks, just a few days before the EGR B2B Awards ceremony. Who knows, maybe all this will enhance our chance to win” added Christian Maglia, the Chief Commercial Officer of the Lisbon based company.