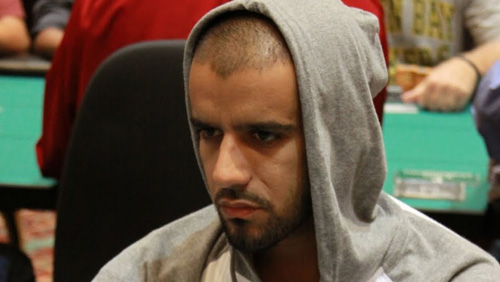 Poker’s rumour mill is turning, and the person strapped to the wheel is the World Series of Poker bracelet winner, Ronnie Bardah, who is allegedly appearing on CBS’s Survivor.

Poker and Reality TV shows go together like camels and deserts, and the next poker star hoping to suffer for a prolonged amount of time is Ronnie Bardah.

According to a tweet from Live at the Bike Producer’s Ryan Feldman, Bardah will appear on the 39th Season of Survivor.

Bardah has yet to confirm his casting on social media, and CBS are still keeping their powder dry on the details of the new season. Feldman got his information from www.insidesurvivor.com, who posted a rumoured cast list, and the alleged new name – The Island of the Idols.

Rumour has it there will be 20-castaways, and the show producers have drafted previous winners Rob Mariano and Sandra Diaz-Twine to act as advisors to the respective teams.

Filming took place on Fiji’s Mamanuca Islands, and the show airs in the Fall.

Bardah’s inclusion follows a long line of poker stars who have appeared on Reality TV shows with Survivor being the most popular. Jean-Robert Bellande appeared in Survivor China way back in 1996 and told me during a Triton Poker interview that it remains one of the most challenging time of his life.

Outside of the Survivor series, Daniel Negreanu made an appearance on Millionaire Matchmaker, Tiffany Michelle and Maria Ho went on The Amazing Race, and Annie Duke faced the President-elect when she appeared on Celebrity Apprentice.

If Bardah thinks he can take it down, he’s splashing against the tide. Only Fatima Moreira de Melo has ever won a Reality TV show when she won a Belgian version of Survivor, with her former PokerStars partner Christophe de Meulder, finishing runner-up (his twin Matthias also featured).

All told, Bardah has $1.3m in career cashes.

Survivor typically pays a million for first with the runner-up receiving $100,000, and the third placed player banking $85,000.

If you want to see what Bardah looks like on camera, you’re in luck.