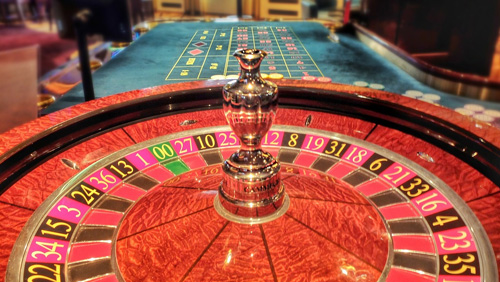 While New Hampshire may be favorable toward sports gambling, state lawmakers apparently aren’t ready for other types of gambling. A bill that would allow casinos in the state has had difficulty ever since it was introduced and has now been killed almost permanently. Better luck next year.

The New Hampshire Senate passed a bill to allow two casinos in the state this past March. It was only barely accepted, which already put it on an unsafe footing as it made its trek to the House. On Wednesday, that chamber addressed the bill and took a guillotine to it. It voted 289-63 to send the legislation to an early grave. The House then took an additional step to make sure it couldn’t be revived and voted on another measure that prevents the bill from resurfacing in the current session.

State opponents to the legislation pointed out that only the bill’s sponsor, Senator Lou D’Allesandro, was the only voice heard during a previous hearing. They argue that it might be too late for New Hampshire to try to get into the market, given that other New England states have already launched casinos.

Senator Willis Griffith asserted, “There may have been a time when casinos made sense for New Hampshire, but that time has without a doubt come and gone.”

The New Hampshire Lottery Commission showed that the two gambling houses could have delivered about $160 million in revenue by the year 2024 and that tax revenue could be around $10 million for the state. Video lottery games would have been taxed at 35% and table games at 18%. However, opponents argued that the bill was not financially viable and that the budget forecasts would never be realistically met due to the oversaturation of casinos in the area.

Not all hope for gamblers is lost, though. HB 480, a House bill that would introduce sports gambling to the state, is still alive. It recently passed a committee vote after changes were made to appease House Democrats, so the bill still has a chance. The bill’s sponsor, Representative Timothy Lang, took out the cap on the number of brick-and-mortar sportsbooks and remove the ban on in-game wagers, explaining that the changes were “…a compromise with the House Democrats, who feared there would be a betting parlor on every street corner. I would prefer it without a cap. I would rather have the lottery commission deal with that and have the flexibility to decide how many retail locations we’ll have in the state.”