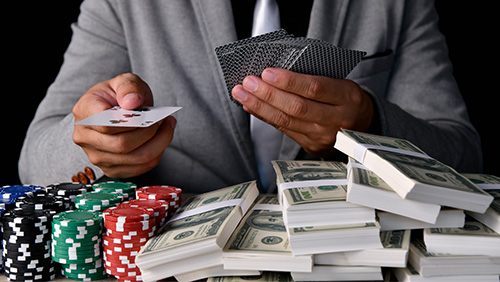 Yury Masliankou has taken down the 721-entrant PokerStars European Poker Tour Sochi National to bank the $139,755 first prize, and 6+ Hold’em launches in Italy with the prospect of a tournament option looking likely.

Special counsel, Robert Mueller, has found no reason to suspect that anyone in Donald Trump’s presidential campaign conspired with the Russian government in 2016.

It’s a poker game that won’t end with the Democrats crying out for a copy of Mueller’s report to see if they can find more dirt.

But there is a poker game that’s ended in Russia.

The $1,200 buy-in PokerStars European Poker Tour (EPT) National Sochi is over. The event attracted 721-entrants (419-unique, 302 re-entries), and Yury Masliankou collected the biggest pile of cash, walking away with $139,755 and a tasty looking trophy.

Russians dominated the final table, with six of the last eight calling the place home.

Here’s how they lined up.

Masliankou, whose Hendon Mob profile shows he is from Belarus, began the final table with the chip lead, but the headline act was sitting two seats to his left.

Leonid Bilokur has been one of the most successful Russians to compete in the EPT. Bilokur has won several EPT side events, and in 2012 earned more than $1.2m as the champion of the $25,000 PokerStars Caribbean Adventure (PCA) High Roller. Bilokur also has a World Series of Poker (WSOP) bracelet, earned competing in a $10,000 Pot-Limit Omaha (PLO).

Bilokur came close to winning another EPT side event, with an excellent run in Sochi, but lost all of his beans in Level 30, when he shoved over a Masliankou open holding As7d, and the Belarusian called holding the snowmen. Bilokur did flop a seven, but the all-club flop gave Maslainkou a flush draw that got there on the turn to send Bilokur out in the fifth spot.

That exit saw Masliankou move further ahead in the chip counts, and he would take a sizeable 15.2m v 6.4m lead into heads-up play against Daniil Lukin after delivering a brutal beat to Alexandr Sergutin to send him packing in third place.

With blinds at 80k/160k/160k, Sergutin limped into the action from the small blind holding a cheeky looking pair of jacks, and Masliankou checked his option from the big blind holding Js5h. The dealer placed the 8h7s6c onto the flop to give Masliankou an open-ended straight draw, and he called when Sergutin check-raised to 500,000. The Jh gave Sergutin top set, and he moved all-in for 2,980,000, and Masliankou called with his pair of jacks and straight draw, connecting on the river when the 9d jumped out of the pack.

Lukin did well to make a fist of things during heads-up but eventually fell in Level 33 after calling a Masliankou shove holding QTss, only to lose to As9h. Lunkin took the lead after flopping a ten, but Masliankou recovered, turning a second ace to win the title.

The victory is Masliankou’s second win during his time playing poker, and they have both come this month after he won a 124-entrant freeroll at the Russian Poker Tour (RPT) at the Opera Casino in Minsk netting $5,000.

Three other stars of the game that nearly went all the way to Russiatown in this one were Aditya Sushant (30th), Alexander Denisov (31st) and Mikhail Shalamov (58th).

After releasing 6+ Hold’em cash games to the .com player pool in January, those living on Italian sand, mud and cement can also dive into the newest format of the game driving those who like a punt, pretty pumpkin.

Pokerfuse discovered the news, and also believe 6+ Hold’em tournaments may soon hit PokerStars lobbies worldwide after the Italian landing page for 6+ Hold’em quoted the game’s availability in both formats despite only offering cash games.