Liverpool could be getting a new casino

The building that once housed the George Henry Lee department store in Liverpool, UK, has sat virtually empty for more than a decade. While it sits vacant, collecting dust, it becomes more of an eyesore and the Liverpool City Council is hoping it can make the building more useful. The council approved in February a plan offered by a property developer, Niboco, that would convert the building into a vibrant hot spot, offering a hotel, nightclub, bar and casino. 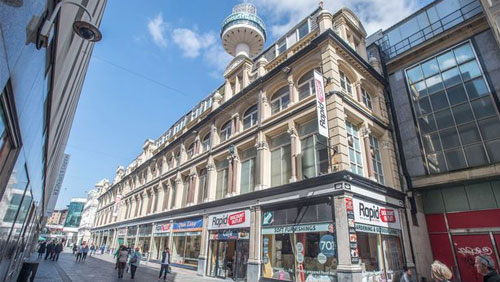 Niboco offered plants that would have the hotel offer 157 keys in the nine-story building, as well as the casino and nightclub, which would be located on the two lowest floors. The council is still working on the final plans of how the pieces would fit together and is expected to publish those plans as soon as they’re done.

The George Lee store abandoned the building 11 years ago. In 2013, a hardware store, Rapid Hardware, took over part of the building, but it closed last year. The hardware store is reportedly teaming up with an investment property company, Williamson Holding, and could become involved in the new project.

The idea is part of a revitalization project of sorts for Liverpool. The City Council has also announced that it wants to convert the former Magistrates Courts building on Dale Street, which could ultimately become a four-star hotel. The courtrooms would be turned into meeting rooms, the former prison cells would be luxury hotel rooms and what was previously the court’s reception area would serve as the lobby and hotel reception desk.

Additionally, a bank that has been around for more than 80 years could also become a hot spot. The Martins Bank on Water Street, which opened in 1932, could become a hotel with 215 keys, a sky bar and a rooftop spa. That building has been empty for the past 10 years and rumors of a hotel occupying the space have circulated for the past several years, but nothing has ever materialized.

The empty department store sits at the center of all of the action. It is a prime location to forge a new era of visitation to the area and the projects being designed should go a long way toward adding new energy to the city.