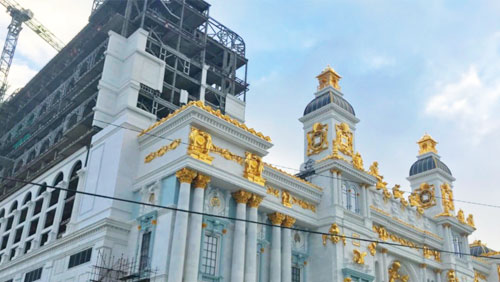 The Imperial Pacific International Casino project being built in Saipan already missed an August deadline. However, the new deadline looks to be a stretch as well, according to an article published in Asia Gaming Brief on Thursday.

In June of 2018, we reported that the $7 billion project, being built in Saipan, was not going to hit an August 31 deadline. IPI asked the Commonwealth Casino Commission to extend the timeframe for completion of the project, which was granted until December of 2018, but that deadline was not met either. Now there is concern that completion by 2019 will not occur either.

The project looked to be on target to open by the end of 2019, but now that looks to be in jeopardy. IPI recently reported that they had lost a large number of workers during the month of January, reducing their total workforce to just 300 helping to construct the multi-billion dollar resort and casino. This has forced the company to petition the commission to grant extensions for the project to continue.

IPI reports that in the last month they have lost more than 500 workers. The shortage was created by a new US policy that bans people from the Philippines being able to receive an H-2B work permit. Most of the workers on the project were coming from the Philippines, which are located about 1700 miles from Saipan.

While the Commission has been understanding of the delays, it appears that their patience is wearing thin. Edward Deleon Guerrero, the director of the Commonwealth Casino Commission informed IPI that they are to provide monthly progress reports.

It is hoped that US policy will change and allow workers to return to the project. Eric Poon Poon, Vice-President at Imperial Pacific, explained at a recent meeting with members of the commission that his company was working with the US government to try to reduce the restrictions to help put the project back on its timetable.

In lieu of this option, CCC has recommended that IPI look to other countries to find the skilled labor they need to complete the project. This may be their only legitimate course of action, to find the workers they need in places like Mongolia or India, places that have already been granted work permits to work on projects in other US held territories.

What is clear is that if IPI is not able to change US policy, they are unlikely to meet this year’s timeline either. This may lead to the CCC taking action against them or forcing them to seek the workers from other nations.