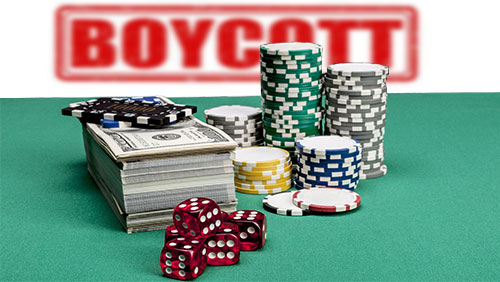 Three tales from the Isle of Man as the PokerStars player’s boycott doesn’t prevent the online operator for smashing their guarantee, Next Generation mobile app launches in Denmark, and Gaming Intelligence gives them a reward.

It’s not only professional poker players who choose to spend their hard earned money entertaining themselves at PokerStars. They may have the megaphone, but it seems they don’t have the clout they thought they once did.

In 2018, Gaming Intelligence handed The Stars Group the award for Innovation for their new Rewards System. Fast forward 12-months and that system created a player boycott after PokerStars decided to reduce Rewards from 100 points per buck spent to 40.

The man leading the charge was the online poker star ‘girafganger7’, and within a few shakes of a butterfly’s wing, the Belgian had convinced more than 200 players to boycott the $5,200 buy-in $750,000 Guaranteed Turbo Series PKO High Roller.

If that wasn’t enough of a body blow, ‘girafganger7’ reached out to partypoker to ask them to step up and give those who like to spend $5,200 in an online tournament somewhere else to play, and the online giants responded, increasing the $3,000 buy-in KO Series event to $5,000, and arming it with a $1m guarantee.

The poker community expected to wake up to the news that the Turbo Series event had flopped, and the KO Series had bloomed.

Only one half of that vision came true.

It seems PokerStars’ MTT players are going to have to think of a different way of making their point.

partypoker did benefit from those that jumped shipped with 206-entrants ensuring they marginally achieved the $1m guarantee with Sweden’s ‘STORTjavlaGL’ winning the $193,935 first prize.

It’s been eight years since PokerStars created a mobile product, and with Severin Rasset claiming that most of PokerStars new blood arrives via a mobile device, it’s high time for an upgrade.

18-months ago, PokerStars began rebuilding the mobile app from scratch. The Next Generation PokerStars Mobile Experience will house a brand new graphics engine and Artificial Intelligence (AI) that gets busy providing you with the best games so you can concentrate on playing.

The app is only available for iOS, with an Android version arriving shortly. You can sync registered tournaments with your digital calendar, and switch easily between poker, casino and sports.

The app is currently active in Denmark only with an enhanced version coming to the rest of the world once the team has taken stock of the feedback.

It seems the criticism levelled at Stars from the MTT community wasn’t shared by the 50-person panel responsible for dishing out medals at the Gaming Intelligence Awards who handed Stars the Poker Operator of the Year Award.