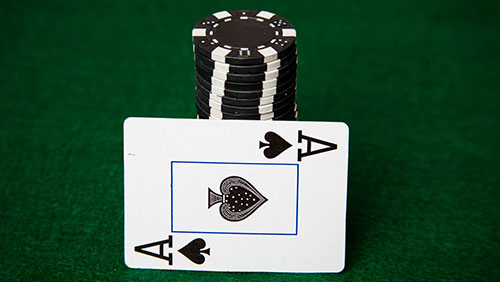 PokerStars has once again upset the professional poker playing workforce, this time reducing reward points, the grinders react with a boycott, and partypoker give them $1m reasons to switch allegiance.

It feels like a piece that he didn’t want to write.

There’s no depth to it.

I can see him sitting behind his desk, the index finger pushing the grease from his forehead into his hair. Hair that will become grey if this carries on.

Read it; you’ll know what I mean.

While the poker world waited expectantly for what PokerStars would next in their triumphant post-PokerStars Player’s No-Limit Hold’em Championship (PSPC) haze, nobody expected this.

Ok, maybe some did.

As the week burned away as a newspaper flicked into an open roar, Severin Rasset, told the poker community that as of Friday 15 February, the number of reward points a player would receive for every buck raked would drop from 100 to 45.

The result means 55% fewer reward points for multi-table tournament (MTT) players, with all other forms of poker left alone.

The move comes after 18-months of stability.

Rasset wrote: “This is a reduction in the overall amount of rewards some players will receive, but made in an area that we believe will have the least impact on their experience and enable us to place even more focus where we know it matters most.”

The Director of Poker Innovation and Operations for the Stars Group explained that the cuts would allow Stars to continue putting on mega-guarantees across flagship tournament series such as The Winter Series, Spring Championships of Online Poker (SCOOP) and the Sunday Million.

There are also plans to change the Rewards Chest program shortly with Rasset stating that the number one piece of feedback received from players is that the ‘experience of opening a Chest isn’t as meaningful as it could be.’

Here are those planned changes.

-Adjusting the frequency and value of Stars Rewards Chests. The value of each Chest will be more than tripled, with the frequency of earning them reduced by a similar factor.

-Removing the ‘boost’ feature as an always available feature and transferring the majority of the value customers earned from the boost into the value inside the Chests themselves.

-Implementing new, easier to understand rules for how customers move up and down the 6 Chests levels. Moving up a Chest level will be achieved by earning 10 Chests over a rolling 28-day period, and every progress bar will have a 28-day expiry to compete (failing to complete will move you down a Chest level).

-The addition of a new ‘Exchange’ feature which will let players who are struggling to complete their progress bar in a reasonable amount of time the option to trade in their partial progress for an immediate reward.

The MTT grinders have reacted in disgust across the board, and Belgium’s Giraf Ganger, even went as far as to rally the troops for a boycott of PokerStars’ Turbo Series $5,200 buy-in $750,000 Guaranteed No-Limit Hold’em 8-Max Progressive KO, High Roller, also approaching partypoker to give them an added incentive to skip the event.

Stars need a minimum of 150 players to hit the guarantee, and it doesn’t seem like that will happen with close to 200 regs who would have competed in the event, or tried to qualify via the satellite system, boycotting the event including PocketFives World #1 & #2 Niklas “lena900” Astedt and Simon “C Darwin2” Mattsson.

Ganger writes: “The time to make a stand was probably a long time ago and while similar actions have been previously taken by cash games and sit n go players, we, the MTT community, believe to have a bit more leverage because we can make or break the guarantees and divert action from one site to a competitor, if need be, more effectively.”

Ganger thanked PokerStars for making his dream to become a professional poker player come true, but ended with:

“However, with recent changes, this poker dream is turning more and more into an impossible dream.”

In addition to the boycott, Ganger is demanding dialogue with Stars on the following five points and six proposed changes.

2. Rake is not clearly visible and instead hidden all the way down in the lobby, this feels like a scam.

5. Transparent Rakeback, it should be easily calculable, regardless of the form in which it gets delivered (points/chests, etc)

1. A direct and open communication with the company.

4. Reassessment of the rake, across all stakes and in formats where the edges are naturally lower, such as Psko, Rebuys, Turbo, Hypers and combinations of these.

5. Reduction on the length of Late Registration and number of re-entries.

You don’t need to flip a coin.

This decision will send more grinders into the open arms of partypoker, and they reacted to Ganger’s request for aid by making the $3,000 buy-in KO Series event (planned to run simultaneously with the Turbo Series HR) a $5,000 event with a $1m Guarantee.

At the beginning of February, partypoker launched the Diamond Club Elite VIP Program to try and entice PokerStars’ former Supernova Elite (SNE) grinders with the lure of 60% cash back, and they remain the only operator not charging rake on the bounty element of their PKO games.