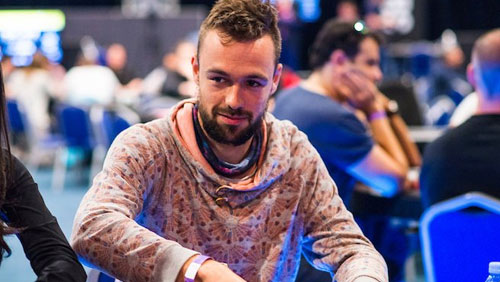 Another round-up from the land of Sidney Poitier as Ole Schemion takes down the 812-entrant PokerStars Caribbean Adventure National for $148,220.

The $1,100 PokerStars Europen Poker Tour (EPT) National is an event that produces incredible numbers. Last year, 1,510 turned up in Monte Carlo, 2,486 in Prague, and a ridiculous 4,348 in Barcelona. The only 2018 National event that didn’t produce an ant-like infestation of poker players was the PokerStars Caribbean Adventure (PCA) when Maria Konnikova beat 230-entrants to win the $84,600 first prize.

2019 has started in finer fettle after 812-entrants created a $787,640 prize pool (a knock on effect from the 1,039 who were in town for the PokerStars Player’s No-Limit Hold’em Championship (PSPC)), and Ole Schemion took it down.

The former European Poker Award winner didn’t operate to his usual standards in 2018 (or he ran like a pigeon with one leg), squashing $1.4m into his piggy bank, his lowest annual return since 2011. But he still managed to win the World Poker Tour (WPT) European Championships in Berlin and made the final table of EPT Monte Carlo where he finished eighth.

The signs that the worm may be turning came in December when Schemion finished runner-up to Henrick Hecklen in the €10,300 in EPT Prague, and before this win, the German star cashed twice in side events at The Atlantis.

It was a decent final table given the size of the field.

Online wizard, Conor ‘1_conor_b_1’ Beresford, also took a seat, as did the Brazilian who bubbled the $5k a few days ago, Alexandre Santo, but it was the former EPT side event winner, Maurice Costigan who face Schemion for the title.

There was a bit of a mismatch with the man with the skill edge also enjoying a 2:1 chip edge after dispatching Trofimov in third place KK>99. The tournament would end with a cooler.