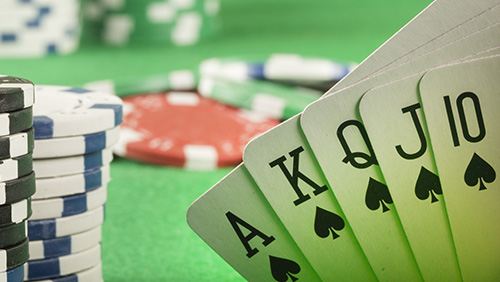 888Live has announced an interim schedule for 2019 including a brand new stop in Vienna, a return to Barcelona, and continued relationships with the World Series of Poker and Battle of Malta.

888Live has announced an interim schedule for 2019 including a brand new stop in Vienna, a return to Barcelona, and extended partnerships with the World Series of Poker and Battle of Malta.

2019 will belong to PokerStars.

Where does that leave 888Poker?

I believe the 888Poker team has a critical year ahead of them. There was a time when 888 proudly declared themselves as the Second Largest Online Poker Room in the world, and I don’t hear those words pumping out of the stereo these days. Too quiet to be a Stars or a party, and too loud to be any of the myriads of live tournament series that make up the difference.

They need to do something that’s going to knock the popcorn out of our mouths.

Details are sparse, but we know from a blog post written by 888Poker scribe Chad Holloway, that 888Poker will extend their contracts with the World Series of Poker (WSOP) and the Battle of Malta (BOM). 888Poker is the headline sponsor for the iconic tour’s 50th birthday, and all 888Live Main Event winners receive a package for the 2019 WSOP Main Event. Also, 888Poker continues to sponsor the highly successful low stakes live tour, BOM, set to take place in Malta Oct 15-21.

888Live heads to the Montesino Casino in Vienna, Austria for 888Live Vienna October 3-7. The schedule is still hanging on the wall of a mole’s mansion, but there will be a €888 buy-in Main Event carrying a €300k guarantee. It’s the first time the 888Live Main Tour will drop its anchor in that part if the world, but they did host an 888Live Local in 2017.

In addition to the Vienna stop, the 888Live team will drag their heavy suitcases to London for 888Live London KO Feb 7-10 with long-term lovers Aspers Casino Stratford acting as hosts. The team also plan to set up camp in the Casino Barcelona May 22 – June 3 hoping to better the record-breaking 2018 888Live Barcelona event that saw Adrian Constantin turn a €110 satellite win into €114,025 first prize after outlasting a 709-entrant field in the €1,100 Main Event.

There are also plans to hold an 888Live London event in November, with Holloway ending his article with the prophetic sentence the possibility of more coming.​