Joe Dispenza (or Joe Soap Dispenser as my mate calls him) wrote a cracking book called Breaking The Habit of Being Yourself: How to Lose Your Mind and Create a New One.

I am in the midst of my second sitting. 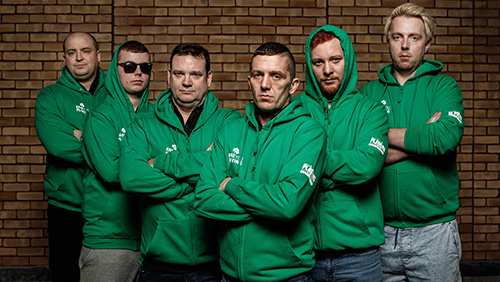 Dispenza believes endless futures are sitting in the quantum field and they only become a reality once we pay attention to them, and we do so through meditation, linking thought and feeling to turn potential into banana skins, smelly toenails, and too-thin toilet tissue.

I have my eyes closed.

I am thinking of a Platinum Pass.

I am feeling the sensation of awe when I win it.

Quantum field, make it so.

I am not Irish or French, so the only way I am going to win a Platinum Pass is if PokerStars believe I am the most worthy member of the poker media to get a seat. Shit. Maybe I shouldn’t have been so harsh on them in the past.

Joe believes we can also change the past.

Let’s do that first.

Back to the article.

PokerStars is giving away a $30,000 Platinum Pass to the most worthy member of the poker media. That includes writers, vloggers, presenters, photographers, videographers – anyone or anything that has done their bit in translating the emotion and the drama of a poker table to people who were never there.

In 50 words or fewer send an email to [email protected] or tweet to #MyPSPCNomination recommending someone by December 12, and a select panel will pluck my name out of the hat on December 14.

How do I know?

I saw it in the quantum field, sitting next to that awful grapefruit thing that’s going to happen in 2045.

The Irish and the French Get a Place

PokerStars is also keen to add one more person from Ireland and France to the PokerStars Players’ No-Limit Hold’em Championship (PSPC).

The marketing has taken a twist.

From individuals hellbent on success, we now have a new team dynamic.

The Irish have 11 Platinum Pass winners heading to the Bahamas, and a handful of them recently got together at the MEGASTACK Dublin event where Darren Brennan booked his flight after winning the 821-entrant €70 buy-in event for €18,310 and the pass.

The rules are the same as the press promotion, in no more than 50-words explain why your nomination should get to #Jointeamireland.

The French are also in on the act.

18-people with a French connection are heading to the Bahamas, and PokerStars want to make that 19.

Send your details to [email protected], or tweet #jointeamireland or #jointeamfrance by Dec 10, and a select panel will choose the winner on Dec 14.

I wonder if there is going to be one for #Teamhalfcastechineseguylivinginogmorevale?

If you’re struggling for a Frenchman to add to the mix, then don’t choose Romain Arnaud or Rui Cao.

They have too much money.

The French friends recently faced each other in the final leg of the 44-entrant (including 13 re-entries) $54,000 buy-in PokerStars Jeju Red Dragon event at the Landing Casino in South Korea.

Cao and Arnaud, who compete in the highest stakes cash games in the world, agreed upon a heads-up ICM deal before playing blind poker to determine the winner of the trophy.

Players based in Pennsylvania will get the opportunity to play on PokerStars after the Pennsylvania Gaming Control Board (PGCB) approved The Stars Group’s (TSG) license application in a meeting of the minds on Wednesday.

The news follows the PGCB’s decision to grant tentative approval to sportsbooks planned for Parx Casino, Sugarhouse Casino and Rivers Casino, which you can read about right here.

TSG got the nod thanks to their partnership with the Mount Airy Casino Resort and rough estimates point to PokerStars Online Poker, Casino and BetStars Sportsbook opening sometime in mid-2019.