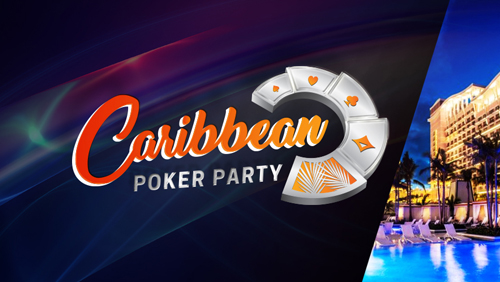 The first report from the partypoker Caribbean Poker Party as the $25,500 MILLIONS World comes to a close with Roger Teska winning the $2m first prize, beating Steve O’Dwyer, heads-up.

The first significant event of partypoker’s Caribbean Poker Party (CPP) is lying in a sarcophagus next to the bones of Cleopatra, and you have to call it a resounding success.

The $25,500 MILLIONS World attracted 394-entrants like litter to a cactus, enabling them to hand out cash prizes to 39-players, including three seven-figure scores and a $2m first prize.

partypoker promised a $10m Guarantee, and that means a $150,000 overlay, but sticks and stones won’t break their bones on this one. The very best players in the world were pulled in by those neon lights, and they will stick around to compete in the other events that partypoker has laid on the platter.

Charles La Boissonniere loves partypoker events. The Canadian finished fifth in the CAD 5,300 MILLIONS North America event at the Playground Poker Room for $486,610 in April, and topped an 867 field in the partypoker LIVE World Cup of Cards in the same venue for $158,974 back in 2017.

Andras Nemeth came into this one in the form of his life after winning the 25k at the PokerStars European Poker Tour (EPT) Barcelona for €605,600 in August, and earned a partypoker POWERFEST title for $177,934, and a $25k High Roller at the Spring Championships of Online Poker (SCOOP) on PokerStars for $576,087.25 back in May.

Paul Tedeschi made a rare foray into the deeper waters of a $25k event, and what is there to write that hasn’t already been written when it comes to Ben Tollerene, Niall Farrell and Rainer Kempe.

But it was Steve O’Dwyer and Roger Teska who ended up stranded on the final ski lift of this thing.

O’Dwyer is a live tournament monster.

I had never heard of Teska until his name flashed across my mobile phone while I was dealing with a pesky haemorrhoid.

O’Dwyer began with a slight chip lead, and all of the experience, but you also need luck in this game, and it deserted O’Dwyer when he needed it the most. The pair had barely taken a seat for heads-up when O’Dwyer found kings, Teska found queens, and all the money went into the middle without a crash helmet.

Had the deck done its job, O’Dwyer would have won his third partypoker High Roller in succession. Instead, a third queen bared all on the flop, and Teska took a massive lead. O’Dwyer never recovered from that $700,000 kick in the gonads, and Teska took all the beans when his T8cc found an eight on the flop when all-in versus O’Dwyer’s pocket fives.

It’s the second win of Teska’s career after winning a Bellagio Cup event for $26,095 back in 2009, hardly in the same ballpark. Teska’s previous personal best live tournament score was $371,665 for a fourth-place finish in 2011 when Scott Seiver won the World Poker Tour (WPT) Championship.

It’s only his seventh tournament cash in four years.

It may have felt like O’Dwyer lost $700,000 when that queen landed on the flop, but he still walked away with $1.3m, meaning that despite all of his achievements, his $5.9m haul this year is his personal best.