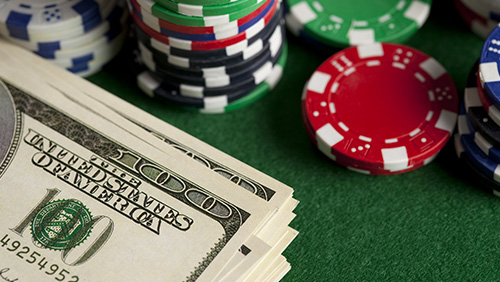 The Canterbury Park Fall Poker Classic in Minnesota wrapped up this past weekend, completing a successful tournament run of 22 events.

The highlight of the series was the $1,100 Championship Main Event, which drew 409 entries across two starting flights and saw its prize pool swell to $396,730. By the time the dust settled, Nghia Le, also known as “3-Putts” in the Midwest poker circuit, took the title and the top prize of $69,798, Poker News reported.

Le was awarded the victory after a chop agreement between the tournament’s four finalists. He had a substantial lead over his opponents that afforded him the victory and the remainder of the pot was split between Kenny Haider, Rich Alsup and Scott Drill. Drill was given fourth place and $41,679 and Alsup and Haider took third and second, respectively, pocketing $49,000 each.

The $3,500 High Roller tournament was the most expensive in the lineup. It only attracted 15 players and Justin Thurlow was able to ease his way to victory for $24,187. Aaron Johnson was the tournament runner-up with $14,513.

The $550 NLHE event saw 137 entries. Rob Wazwaz made a repeat appearance at Canterbury Park and won the event for $18,603. Wazwaz won a Mid-Stakes Poker Tour title at the same casino earlier this year.

A total of 135 entries were recorded for the $340 6-Max NLHE tournament, and Paul Ratajczyk would weave his way through the field to taste victory. Another Canterbury tournament regular, he earned $10,887 for his performance.