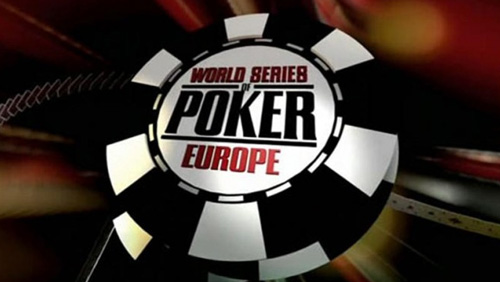 Israelis are lighting the World Series of Poker Europe on fire with strong showings in the first three events, including a bracelet win in the COLOSSUS.

As I sit at my inkwell desk, thinking back to my fountain pen days, the thought of not being able to play poker because it’s banned, makes me want to jab that quill into someone’s eye.

It’s as absurd as a child believing a fairy sneaks under your pillow to trade your rotten arse tooth for a quid.

But, it doesn’t seem to stop them kicking arse.

Timur Margolin took down the $2,500 No-Limit Hold’em title in the summer, earning half a million bucks in the process, and his compatriots have hit the World Series of Poker Europe (WSOPE) running like Usain Bolt.

It took less than four hours to condense the final ten players of Event #1: €550 COLOSSUS No-Limit Hold’em into a winner. 2,991 entrants made sure the €1m Guarantee would create no blushes, and it was Israel’s Tamir Segal who took the title, making light work of the Day 2 Chip Leader, Wojciech Wyrebski, heads-up.

Wyrebski opened to 3m on the button, and then called Segal’s shove. The Pole was ahead with AcQd versus KThh, but a king on the flop and a ten on the river reversed the fortunes of the two players, and Segal was our winner.

By the time you have read this, Asi Moshe could make it a 1-2 for Israel, as the WSOP bracelet winner is one of the favourites to take down Event #2: €1,650 No-Limit Hold’em 6-Handed Deepstack.

The 221-entrant field is now a 6-player final table.

Shaun Deeb extended his lead at the helm of the WSOP Player of the Year race with an eleventh place finish.

Of note, the Global Poker Index (GPI) August Player of the Month, Michael Soyza, is in the mix, as is one of the most in-form Frenchmen in the world, Romain Lewis, who made three WSOP final tables in the summer.