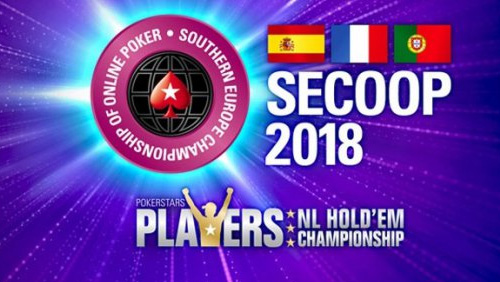 PokerStars continues pouring some sugar on their French, Spanish and Portuguese customers after scheduling a new Championship of Online Poker with Platinum Passes up for grabs.

Who would be an Italian poker player right now?

The powers to be in Southern Europe promised a unified online poker community.

It didn’t pack the same punch as the .com market, but it was a significant betterment than the domestic agony that players in those four countries experienced for many years.

France, Portugal and Spain left them behind.

PokerStars became the first major operator to gain a license in the new territory and rewarded their players with some cracking events such as the €5m GTD Trio Series, and the €15m Galactic Series, and at the end of the month another one emerges from the minds of the PokerStars crew.

There will be three PokerStars Platinum Passes up for grabs. Each pass is worth $30,000, including a $25,000 seat in the PokerStars’ Player’s No-Limit Hold’em Championship (PSPC), and here is how you can win them.

You get a stamp for each SECOOP event you compete in, and when you pick up four, you receive a ticket for a freeroll scheduled for Nov 18 at 20:00 and 20:15 (CET). Pick up eight stamps, and you get two tickets. The winners of the freerolls book a seat on the plane to the Bahamas.

There are also 16 Leaderboards. The winners compete in a freeroll, with one player picking up a $30,000 Platinum Pass.

The only caveat to this whole thing is an elbow in the face to the Portuguese players who for one reason or another, can’t compete for the Platinum Passes.