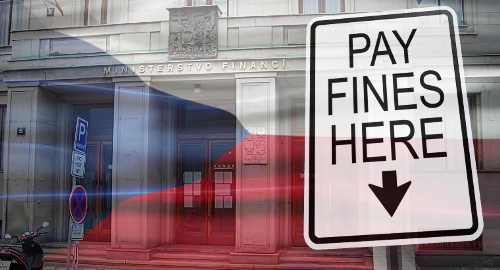 The Czech Republic is pushing back against local media claims of the government’s inability to punish online gambling operators that serve local punters without a local license.

According to E15, the Ministry imposed 24 fines totaling CZK455m (US$20.4m) since the launch of the regulated market, but has to date collected only CZK240k ($10,750). The article says the paltry sum collected is due to the Ministry’s lack of any real tools to compel companies with no physical presence in the country to cough up the dough.

The Ministry responded to the article through a statement that acknowledged the difficulties in trying to force “operators based in the Caribbean, for example” to ship their outstanding fine payments across the pond.

The Ministry further claimed that “the main purpose of the fines is not the enrichment of the Treasury, but the restriction of the illegal offer of gambling. Fines have not only a restrictive but also a preventative effect.” The Ministry insisted that if any of these online rogues were to seek a Czech online gambling license, payment of outstanding fines would be a prerequisite.

The Ministry’s blacklist of naughty online gambling blackguards who continue to serve Czech punters despite the lack of local approval currently contains 116 names, a fairly modest sum considering the regulated market has been up and running for 21 months now.

SLOTS BREEDING LIKE BUNNIES
Meanwhile, the Ministry also found fault with E15’s claim that the new gambling laws had failed to arrest the growth in the country’s total number of slot machines. From a high of 47,144 machines at the end of 2017, the number fell to 31,054 at the start of 2018, but has since risen to 39,506 machines.

The Ministry noted that the dramatic fall at the start of this year was the result of some licenses expiring and a logjam at the testing firm tasked with approving the launch of new slots units. The testing firm has begun catching up with the backlog, resulting in the nearly 8,500 additional machines launching this year.

E15 implied that the increase may have had more to do with the government seeing its quarterly tax take from slots falling from around CZK2b to less than CZK1b. The decline came despite the government dramatically hiking gambling taxes, including raising the rate for slots revenue from 28% to 35%.

Regardless, the Ministry insisted that the current situation was better than the 74k machines that were in operation back in 2012, while the number of venues hosting slots had fallen by two-thirds since 2015.